Teaching different ways of thinking and allowing for more creativity can work as a catalyst for real, actual change.

Saša Kerkoš is the initiator of Design Biotop, an experiential discussion platform that explores the problem‑solving and trans-disciplinary nature of design. Design Biotop promotes a new kind of design‑thinking mindset and encourages its impact on social, political and economic challenges by developing grassroots projects promoting interdisciplinary connections and collaborations. All Design Biotop events call for action from all levels of society and strive to nurture active participation, where individuals can learn from direct experience, co-working and open sharing.

Cross-sector and inclusive, the Design Biotop platform takes a different approach to urbanism in the public sector by aiming to rethink problem‑solving through areas such as the gathering and analysis of data – as initiator Saša Kerkoš explains.

Design Biotop is a platform originating in Ljubljana, Slovenia, staging events that bring people together who rarely get the chance to meet. The platform aims to create a friendly, non-biased environment in which various disciplines can intersect, bringing together different social actors with an emphasis on the public sector. Design Biotop events call for action from all levels of society and aim to facilitate active participation. Those who take part learn from direct experience, collaborative working and knowledge exchange. What the platform strives to carve out over the long term is a new approach based on system design. 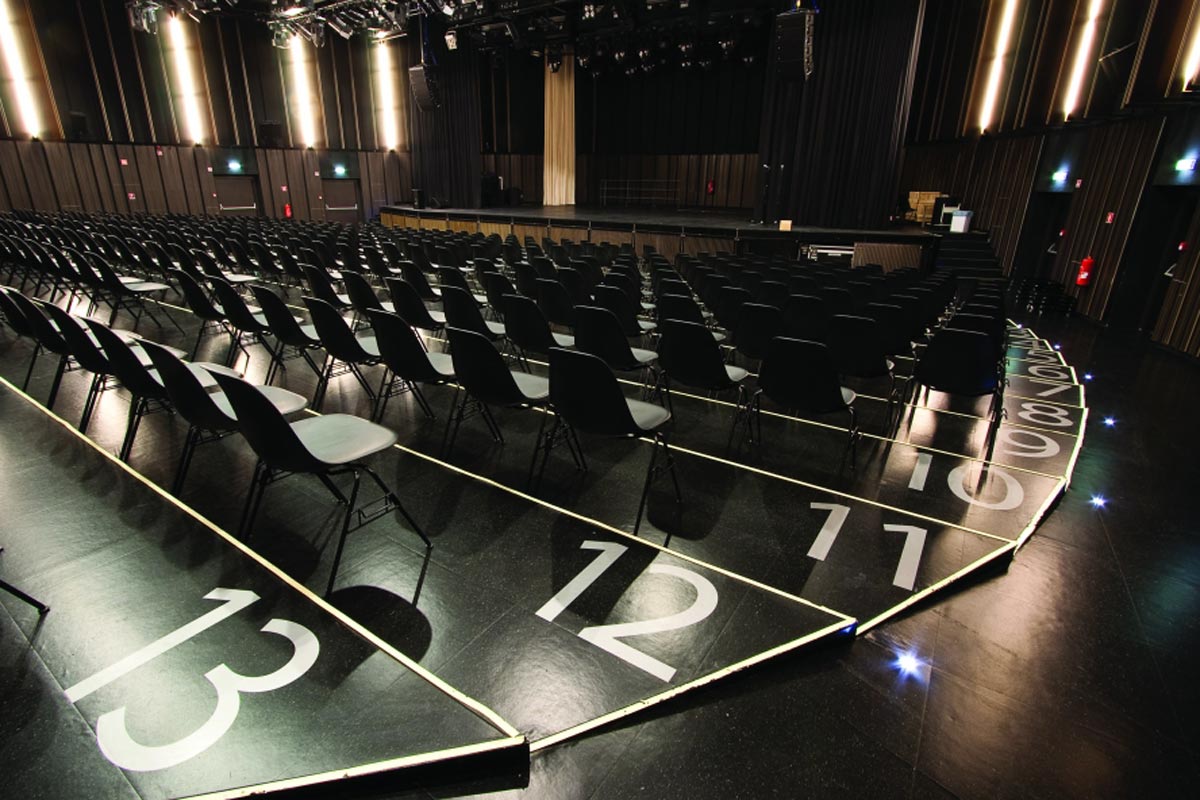 For 2016’s collaboration with the City of Ljubljana, the theme was Space and Behaviour. Through this prism, Design Biotop’s events focused on changing the way we see the city’s urban fabric and its future development. The aim was to find fresh and unusual – but sustainable – strategies for our common future in the city. Bringing together five young thinkers, architects and creatives from the Future Architecture platform and connecting them with local teams, we held a two-day experimental workshop in Ljubljana. The kind of issues tackled were the influence of the city’s population structure upon the creative industries, for example, or how social divides affect the coherence and diversity of the city, what role tourism plays, how heritage can become a platform for exploring contemporary urban content, and so on. The event concluded with short, pitch‑like presentations of the outcomes of the workshop to the public.

The platform advocates the importance of a systemic approach and the positive impact a design mindset can have for solving complex problems. This applies to both initial decision-making processes and long-term solutions. Policy makers and the decisions they make affect our lives on a daily basis. Having both creatives and system thinkers shape the big picture through collaboration with the public sector in team-oriented projects is an approach gaining traction across Europe right now. In Finland for instance, system designer Marco Steinberg was able make use of the Finnish Innovation Fund Sitra to launch a portfolio of initiatives to address the acute need for strategic improvement in the public sector. Together with Bryan Boyer and Justin W. Cook, he launched the Helsinki Design Lab as an initiative for advancing Finland’s national faculties for innovation and well-being.

Moulding the problem-solving process so that it accommodates creative approaches and methods seems to have positive effect when dealing with challenges that are extremely complex in nature. Teaching different ways of thinking and allowing for more creativity can work as a catalyst for real, actual change. The challenge lies not in specific issues themselves but in changing the way we think about them. Steinberg, who ran the Design Biotop challenge in 2015, said at the time that, “the problems of today won’t be solved with minds of the past”.

“‘The problems of today won’t be solved with minds of the past.’” 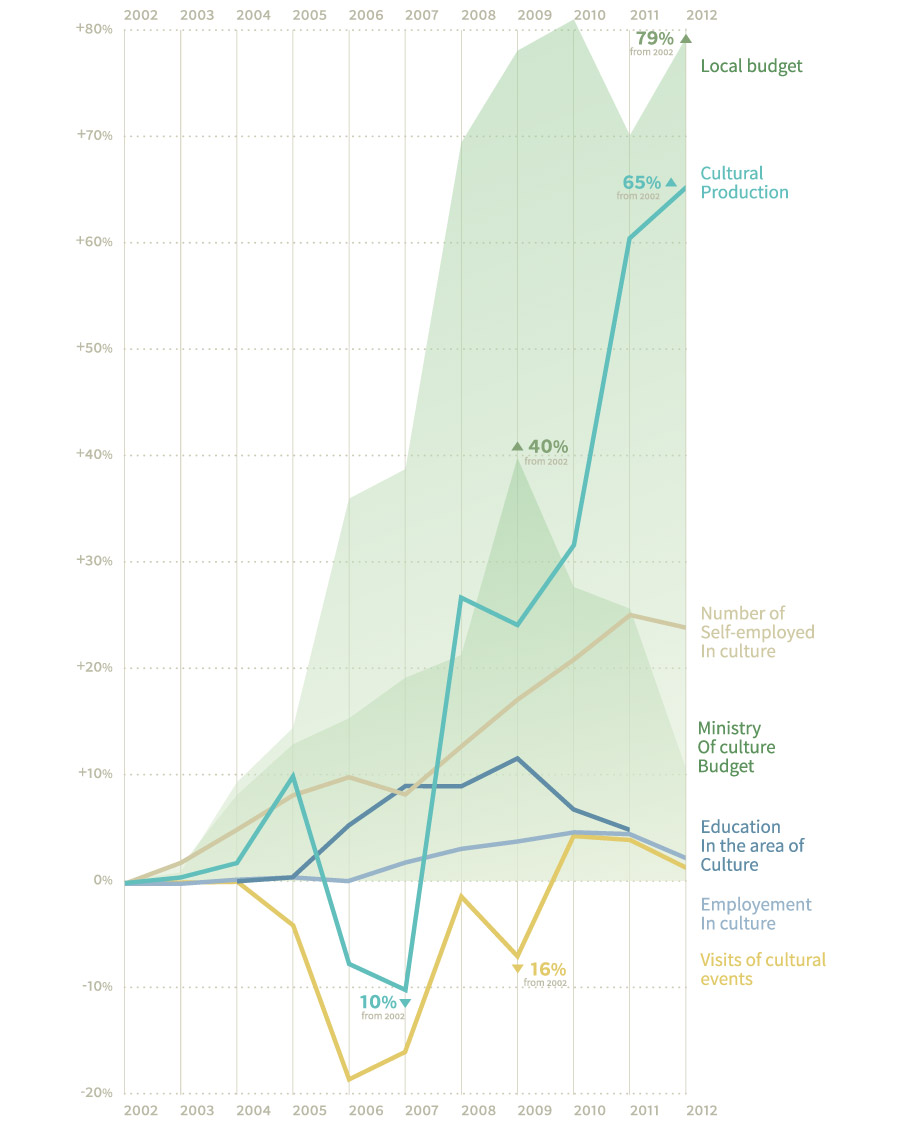 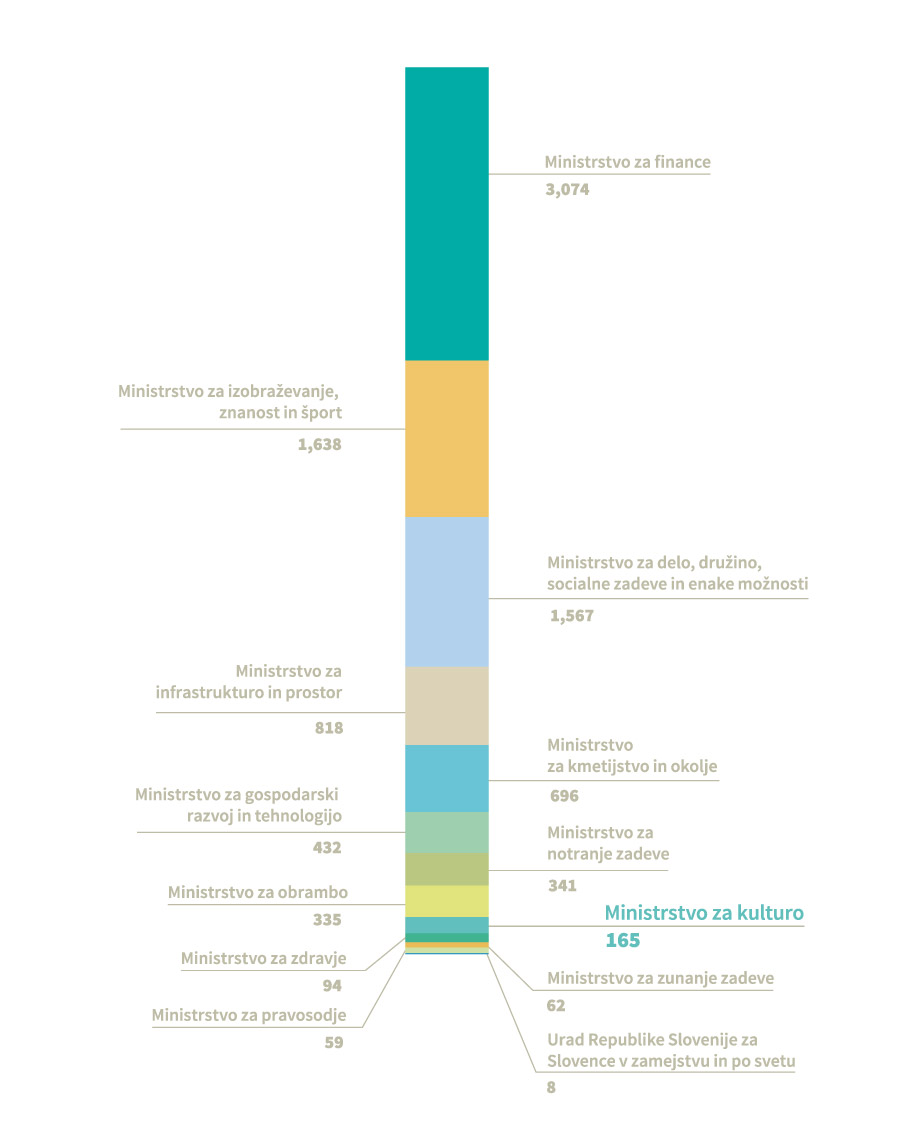 We need to rethink how we approach problem solving. Through its programme, Design Biotop focuses on the process of how to ask the right questions in the first place and on making time to think about them, resulting in better-for-all systemic solutions. The answers to really important questions often need time to be visualised and verbalised effectively but often, dealing with the day-to-day does does not leave much room for broader, holistic thinking when it comes to the decision-making processes.

In 2014, inspired by the effect that data has had on such processes, we organised the Design Biotop Data Project, run by Finnish information designer Juuso Koponen, to explore the true value of the creative industry and culture for economic growth in Slovenia. Using different sources and aided by the Statistical Office of the Republic of Slovenia, the outcomes of the workshop revealed facts that were not clearly apparent before; findings pointed out, for example, that the classification of creative industries in the country is not coherent and therefore does not allow for the coherent gathering and analysis of the data.

We also realised that lack of data is not the problem; the challenge lies in why and how it is sorted and presented. Working with the Statistical Office, information designers and creatives showed that specific themes or data analyses and extractions of data are scattered. Time and again different sources are not properly compared. Often, once the data is gathered from these various sources and combined, the results show a completely different image from what was expected, revealing new knowledge and challenges. For instance, before the Data Project, we didn’t fully appreciate that Slovenia has almost no exports related to its creative industries. Organising the data in clear, visual form also showed that the Ministry of Culture receives far less than other ministries when viewed in the wider context of the country’s financial purse. However, discourse in the media suggest that funds for the Ministry of Culture need to be cut further due to the current recession. But the data also showed that despite an overall decrease in attendance of cultural events in the country, the volume of cultural production actually rose.

The data visualisation that Design Biotop focused on in 2014 proved that information design is a good method for presenting facts in a tangible way that be easily communicated to both specialist and non-specialist audiences. As a result, the project was awarded best accompanying event at the Slovenian design biennial BIO 50: NOW and was presented to several ministries and garnered much interest in and discussion on the topic explored. Data gathering in itself is not new, but as part of the systemic approach to problem solving, it remains a cornerstone of Design Biotop future actions. ■

“Lack of data is not the problem; the challenge lies in why and how it is sorted and presented.”