On shaping the architectural debate

Our profession needs to reclaim its authority as an open activity that has use for the cultural, social and technical ambitions of society.

André Tavares is chief curator of the 4th edition of the Lisbon Architecture Triennale, 2016. His co-curator, Diogo Seixas Lopes sadly passed away in February 2016.

Since its creation in 2007, the Lisbon Architecture Triennale (LAT) has fostered knowledge and exchange about contemporary architecture by creating a dialogue open to professionals and the general public alike. LAT’s fourth edition hopes to lead visiting audiences in an in-depth exploration of Lisbon’s urban landscape, allowing visitors to experience unexpected places, tracing new paths in the city and its surroundings.

In an interview with Mariabruna Fabrizi and Fosco Lucarelli of Microcities, André Tavares, chief curator of the 4th Lisbon Architecture Triennale, explains why now, more than ever, architects need to see themselves as much more than just form‑givers.

It seems you are particularly interested in the relationship between architectural forms and the way they are materially produced. In your opinion what is the biggest consequence that recent shifts in modes of production have had on construction and the evolution of form? How do they manifest themselves in the Triennale?

The practice of architecture has always been about bridging culture with technical translation. In the last 50 years – and especially since the advent of digital culture – architecture has become just one field amongst a constellation of highly specialised players in the construction sector, to the point where the architect is even being regarded as surplus. In fact the architect is someone who deals with this wide range of specialists and who makes decisions about many crucial aspects: from the financial to the political to the technical. Out of all this though, the architect is only actually expected to “give form” to the project – whatever that means.

At this year’s Lisbon Triennale we are interested in discussing the predominance of form as a cultural and technical attribute, understanding form as a device for synthesis and not as a specialised discipline. The three main exhibitions of the Triennale, The Form of Form, The Building Site and The World in Our Eyes, will establish a triangular relationship that will relate the authorial side of architecture (that is, where architects are effecting synthesis) with its more technical side and then also with the wider representation of cities.
Our profession needs to reclaim its authority as an open activity that has use for the cultural, social and technical ambitions of society. This Triennale is an attempt to reconstruct the idea that architecture can have a predominant role in the organisation of our society.

One of the main themes of The Form of Form exhibition is the permanence of form, over many eras and across different cultures; how does this deal with the effects of the evolution of society? How it is possible that form survives through the epochs?

The answer comes from the fact that we are still human. A sense of scale in relation to the human body – a material’s weight, the force of gravity – is still the same as it has been for millennia. Similarly, from a cultural perspective, many of us have been raised in societies that take a visually-led approach to architecture and form, whether we are architects or not. These are some of the reasons for the spatial and temporal affinities between cultures that are very distant from one another yet come out with similar forms, such as with Mayan and Egyptian temples, structures created by societies separated by 2,000 years. 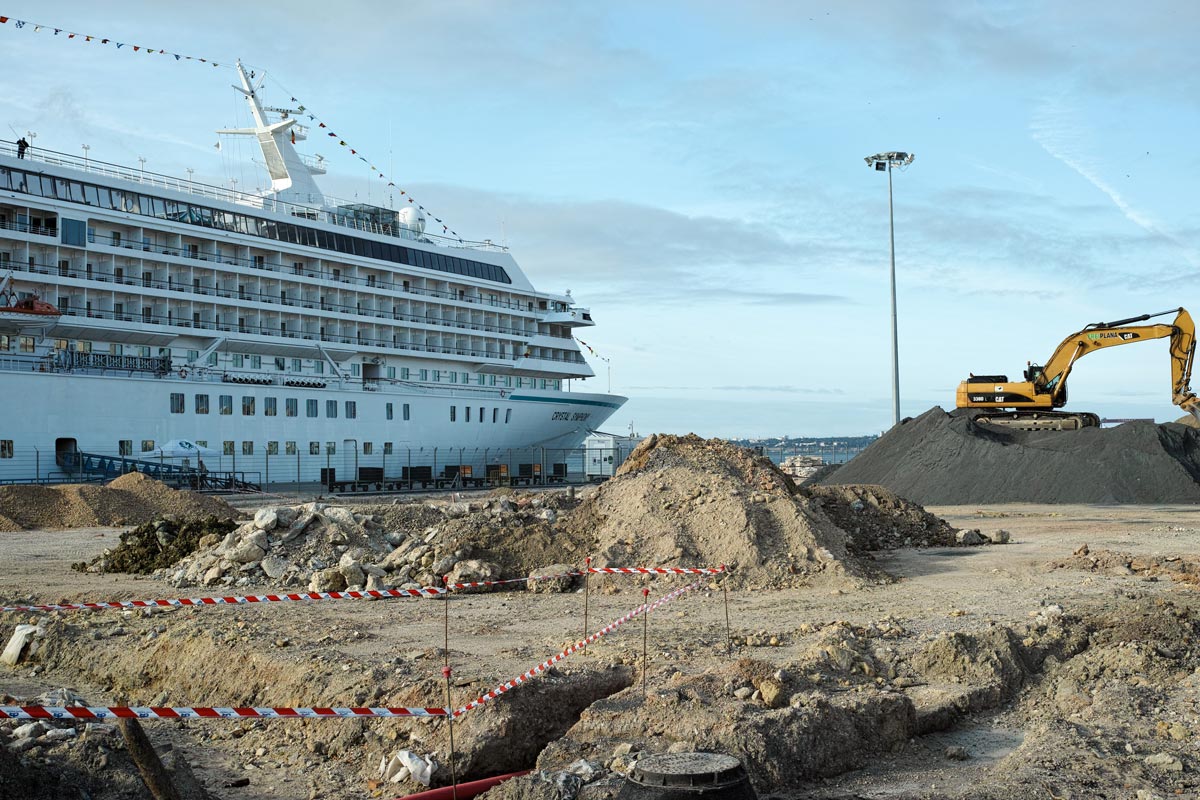 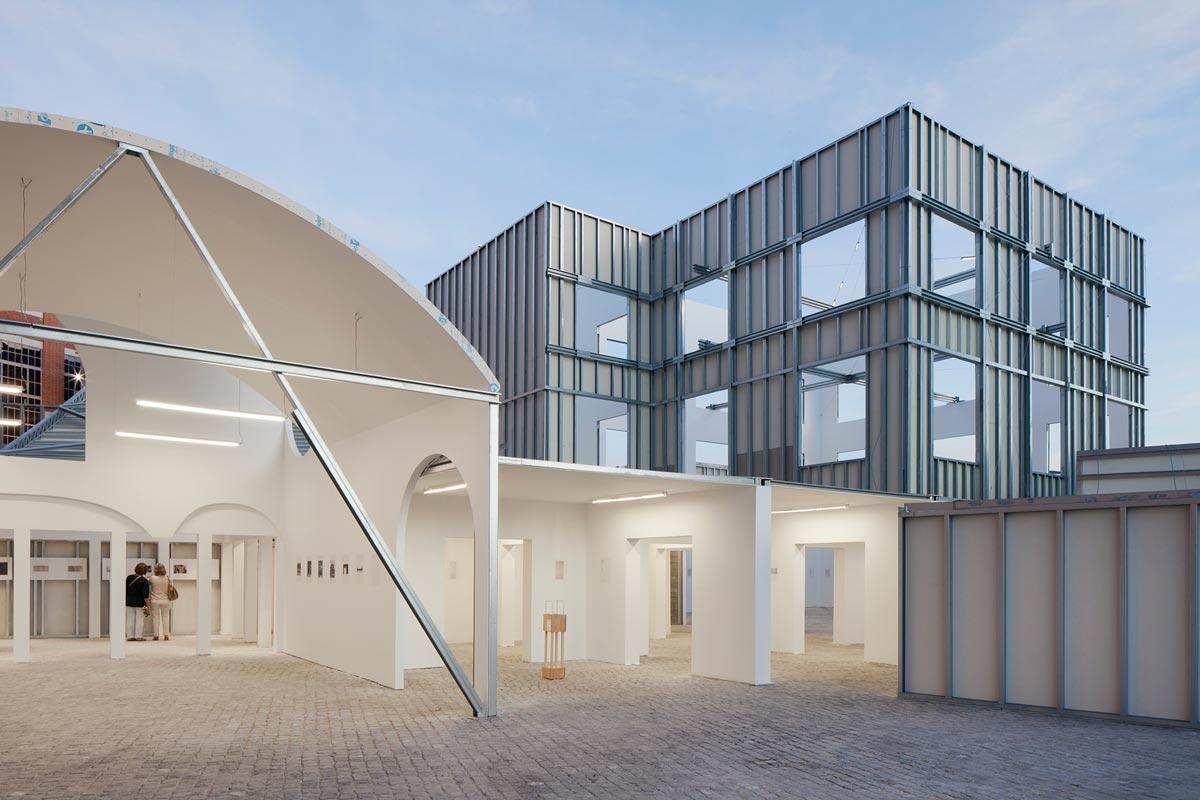 Lisbon: The Form of Form (under construction) © Nuno Cera

In the Building Site exhibition, have you also tried to show projects that explored the use of different formal logics that go beyond these affinities?

I believe that invention and newness are also affinities themselves. For instance, the work of Usina (a group of architects that has been operating in deprived areas of São Paulo for many years) required the development of managerial techniques based on self-build. Usina’s rationale is not the same as the standard building industry’s rationale. Nevertheless, their inventive practice produces houses that look like houses. The idea of the house prevails.
Whenever you step away from standard practices, you also step away from more established ways of designing and building architecture, consequently generating new forms. Today “new forms” doesn’t just have to mean the parametric forms of digital practices; they are fascinating and challenge our culture in many ways, but they also generate problems in terms of the organisation of the building site. Changes come slowly – and form prevails. 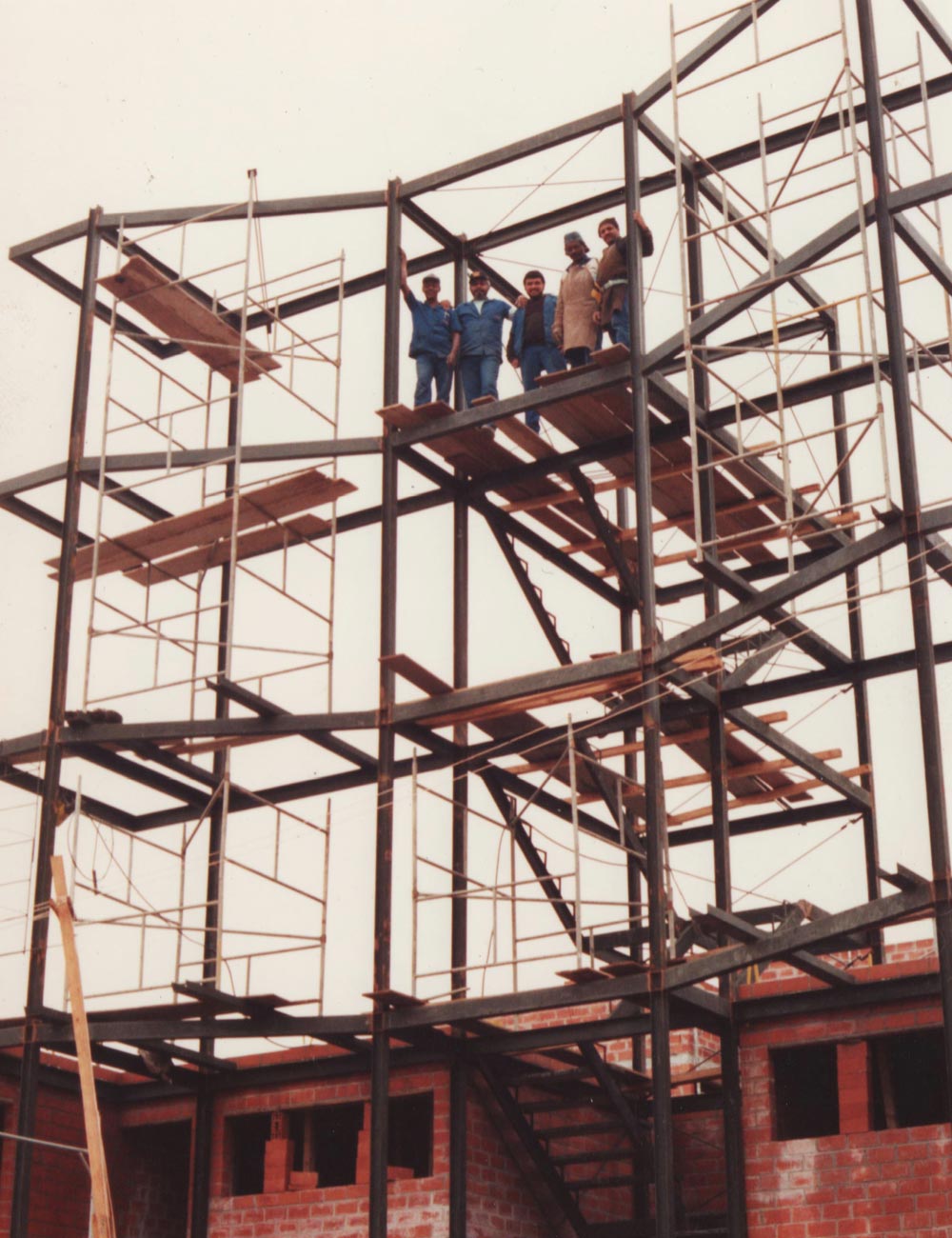 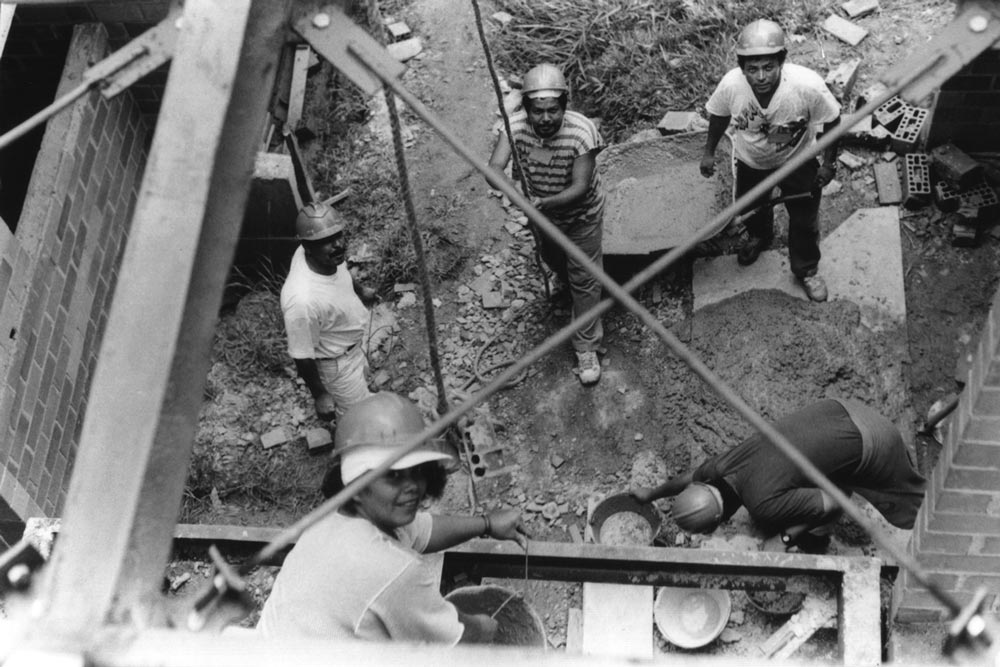 What is your position on the tensions between “collective production / social purpose of architecture” and “disciplinary autonomy /individual authorship” that appear as another theme of the 2016 Triennale?

We want to tackle several points where the tensions between the individual and the collective are very strong. In recent years there has been a trend to stress the individual side: “starchitecture” and the fantasy that the general public are unable to grasp the uniqueness of certain buildings. This is, of course, an impoverishment of architectural practice and perception. I am not suggesting that we should undervalue the role of the individual architect, but we also need to recognise the politicians with their policies, the fire services with their regulations and all the other actors that have a huge impact on the form of a building. These forms of authorship, intervening in the creation of architecture, underline the fact that, for better or for worse, architecture is a social and collective construction. Thus architecture requires individual awareness – provided that every individual understands its role within a collective process. This is only possible when individual responsibility is engaged. 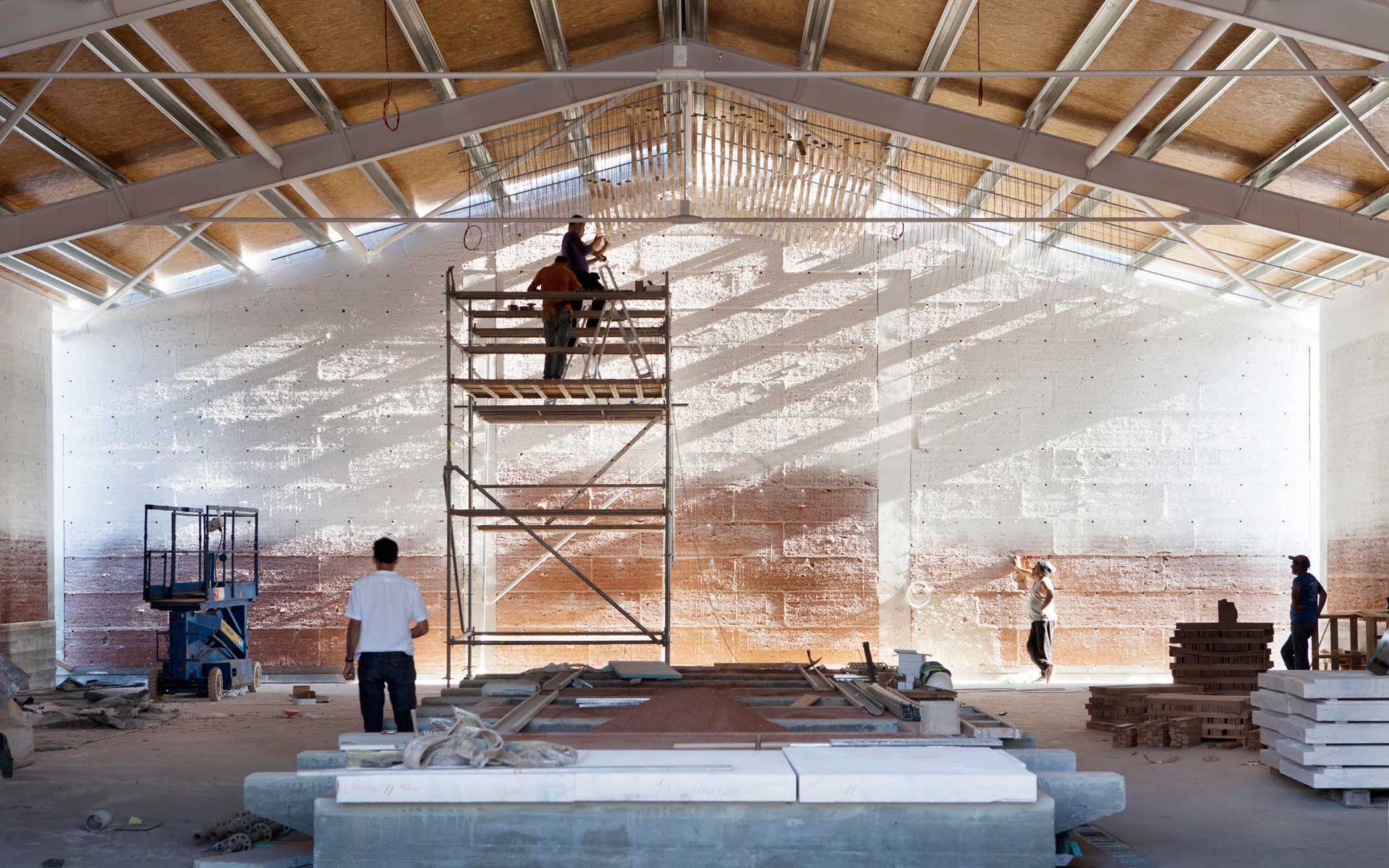 Your writing reflects an interest not only in the theoretical aspects of architecture, but also in its more crude and concrete aspects: its construction, its matter. How do you think the figure of the intellectual who is connected to architecture has changed in recent years?

In architectural history you can find many figures who have been both intellectuals and designers: people like Leon Battista Alberti during the Renaissance, or Le Corbusier in the 1960s, or Aldo Rossi and Vittorio Gregotti in the 1970s. Rem Koolhaas might be the last specimen. Nowadays, the situation has changed a lot because we are facing a demand for specialisation but the amount of time and effort required to produce a building inevitably prevents the architect from cultivating a more critical perspective on their profession. One simply does not have enough time to write a book. Subsequently, people outside the profession – from the media, academia and elsewhere – are taking part in the discussion. They bring amazing ideas but this outsider condition is enlarging the gap between the practice and culture. Instead of being enriched, architecture is becoming a very anxious activity. 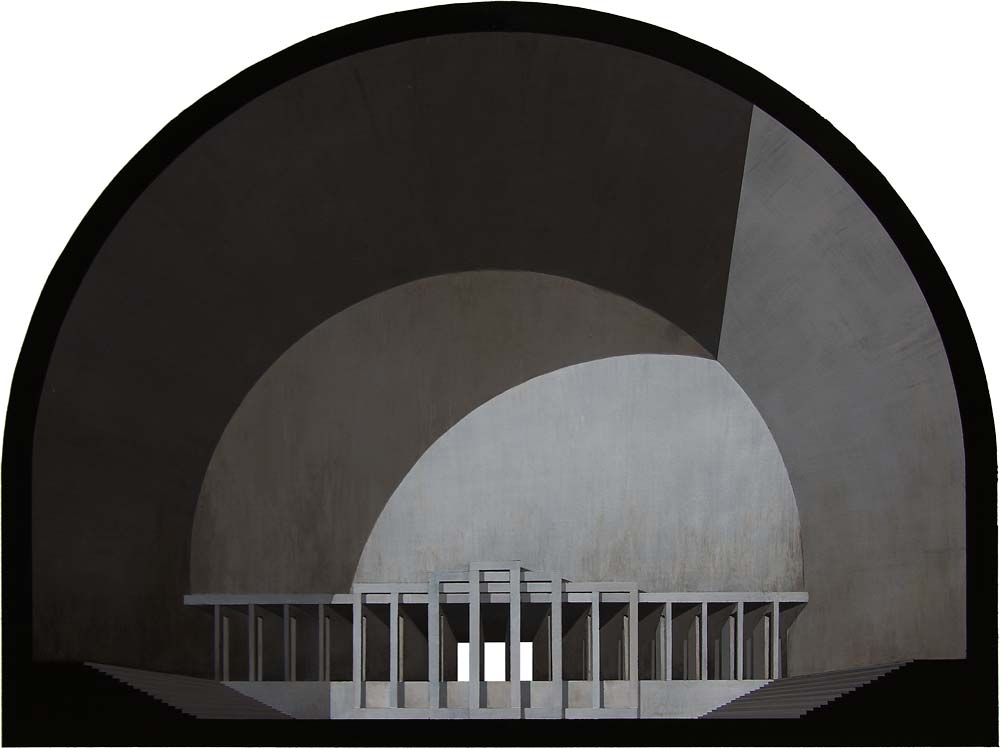 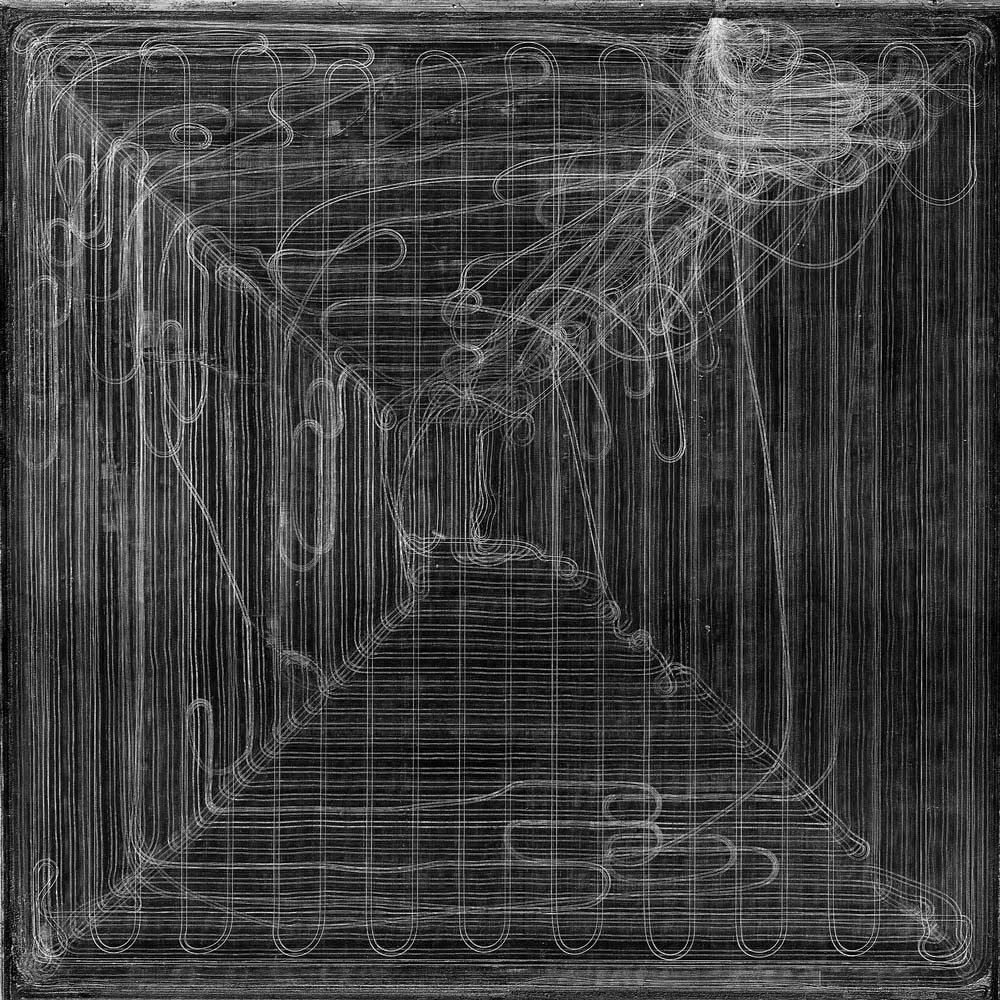 Aside from holding a triennale, another way of shaping architectural debate is through publishing. What role do publications play in this triennale and how do they establish a dialogue with the exhibitions? Are there different temporalities that you want to establish through these media?

The time an audience takes to perceive each exhibition is extremely varied. It can be as fast as 30 seconds or as slow as three hours, while each exhibition itself lasts two or three months. Publications work in yet another timeframe. They provide an opportunity to record a number of conversations and discussions – like the one we are having now – that expand further upon the content of an exhibition. You can visit the Triennale, you are thrilled by it but you have a flight to catch – so you buy the book and you read it on the plane. The book does a lot to balance the visual and the textual, and also has an important role in setting out the topics, the vocabulary and the concerns that occupy us today.

“For better or for worse, architecture is a social and collective construction.” 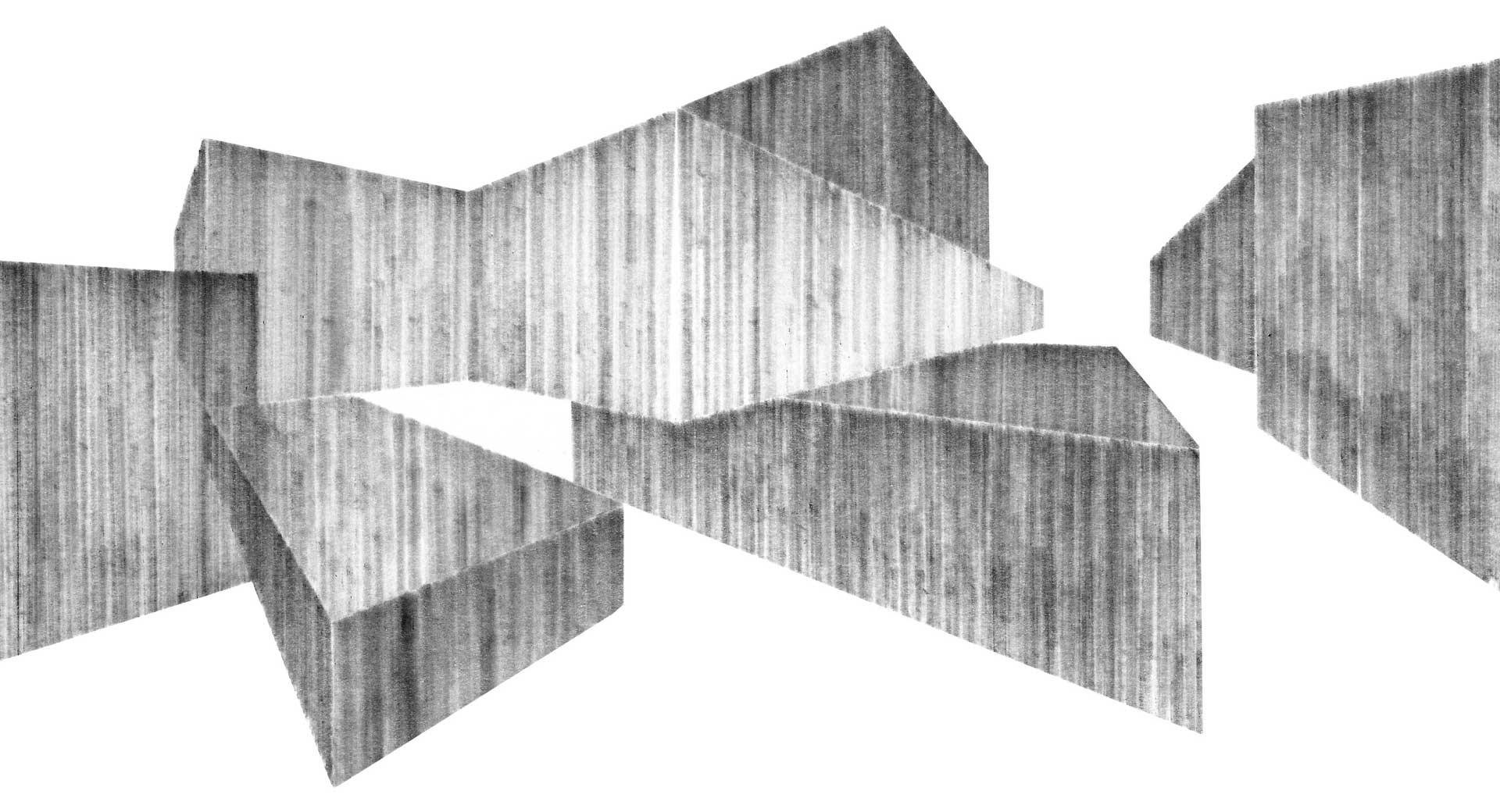 In the specific case of The Form of Form, we were very conscious that it be based on the circulation of images – in the media, for example – and also that something would be built for the exhibition. The idea of construction was crucial from the very beginning, even before the name The Form of Form came about. We are aware that we cannot exhibit architecture, but we can create architecture in an exhibition.

So in answer to the question “How does form enter an exhibition?”, you would argue it is in the production of forms, either through the imagination of the architect or in having actual built forms as protagonists of sorts for the exhibition?

Mariabruna Fabrizi and Fosco Lucarelli are architects from Italy. They are currently based in Paris where they founded their architectural practice Microcities and conduct independent architectural research through their website SOCKS – “a non‑linear journey through distant territories of human imagination.”