A platform for collective intelligence on city-making

Governing a city is deeply political. It implies a vision of what the society could and should be. It is not a technical matter with a single solution.

Founded and edited by Cristina Ampatzidou and Ania Molenda, Amateur Cities publishes articles that collect, analyse and clarify contemporary urban and technological development interesting for learning cities anew – not as masters, but as amateurs. It provides a platform for dialogues on urban collective intelligence by presenting side-by-side theoretical and practical voices. It stimulates cross-sector exchange by engaging experts from architecture, urbanism, science, information technology, media, sociology and philosophy.

Amateur Cities is a research agency and publishing platform designed to share knowledge and shape ideas about city-making from as wide a constituency of people as possible – opening up debate on both the role of the professional and the citizen in urban change beyond the glossy developer-led image. Its founders Cristina Ampatzidou and Ania Molenda invited questions from peers and collaborators in this open interview.

The beginning of the twenty-first century was marked by an obsession with exaggerated perfection. Architecture became a victim of Photoshop. Dominated by renderings of the future full of perfect, happy people, trees on rooftops, butterflies and occasional balloons, it seems to have lost touch with reality. This overemphasis on the image together with the progressive de-politicisation of the architectural debate urged us to set up Amateur Cities in order to add our voices to the discussion about the role of the architect and the meaning of citizenship and innovation in city-making today. One of our main motivations was to make this discussion more understandable and open; to clarify interrelations between disciplines, actions, processes, policies and ideas that shape the contemporary urban development. Since then we have invited many people from different countries and backgrounds to share knowledge through our platform. Because Amateur Cities is about open dialogue, this time we asked them to question us about our ideas, aspirations and reflections on our path so far. We see it as an opportunity to better define what we are looking for, to understand what we tend to forget and as a trigger for new ideas. 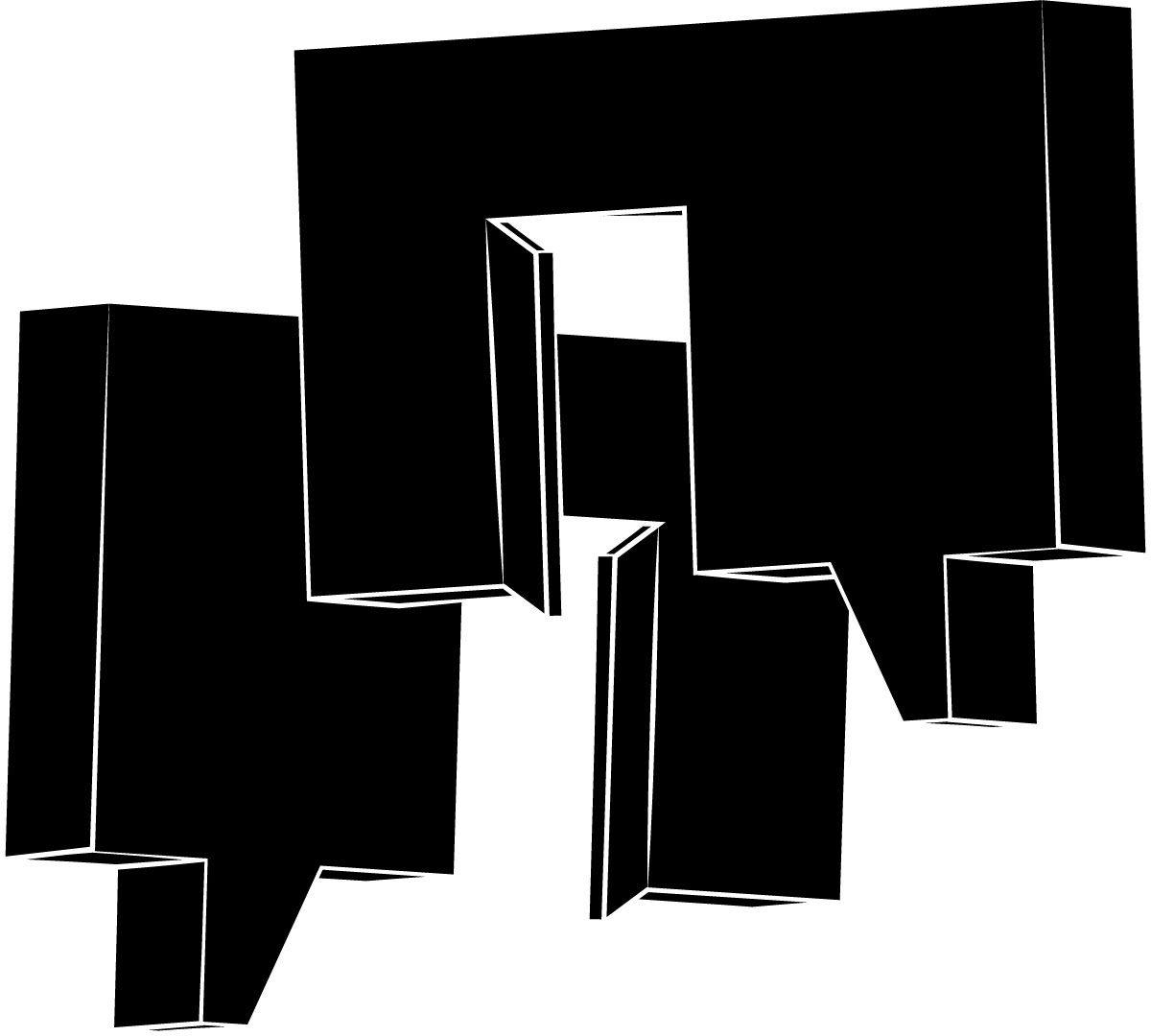 Miloš Kosec, architect and writer, Ljubljana The term “amateur” originally signified an individual working out of love for a subject; it seems it acquired its derogatory connotation parallel to the rise of the division of labour during the Industrial Revolution. How would you position your work within the present hegemonic economic system that treats amateurship and dilettantism as insults?

It was during the industrial revolution that cities started to be perceived primarily as places of production. That same period shaped the foundation of today’s dominant economic system and the values that it represents. We think that the extensive commodification that is part of this value system has led to a progressive dehumanisation of the city and reduction of the meaning of value to purely transactional aspects. This explains both the rise of the experts, as the ones with certified knowledge, and the disregard for the attitudes that were perceived as unproductive, such as amateurism and dilettantism. By bringing the term amateur to the fore, we want to emphasise the fact that the motivations behind even the most mundane actions matter; actions are never neutral procedures.

Evelina Ozola, Fine Young Urbanist, Riga Can you name some of your favourite amateurs from history? They could be individuals, communities or movements that have shaped cities or ways we think about them.

Our heroes are people who attempt to redefine their disciplines through a pure desire to explore new ideas. Before the mid-twentieth century, education was mainly based on apprenticeship and this allowed many talented people to pursue their interests. People like Guttenberg, Faraday, Darwin and Edison all started working in professions very different from what they have been remembered for. It takes courage to be an amateur and despite distrust from those around you, to persistently explore something that fascinates you – something you care for.

We also think highly of collective attempts to realise utopias, such as the escapist communities of the 1960s. They were amateurish in their motivations, but also practically exercised possible alternative ways of coexistence. Also the solidarity and anarchist groups of today that persist in practicing other visions of society, knowing that they will never become dominant.
Despite their failures, there is something admirable in their devotion. 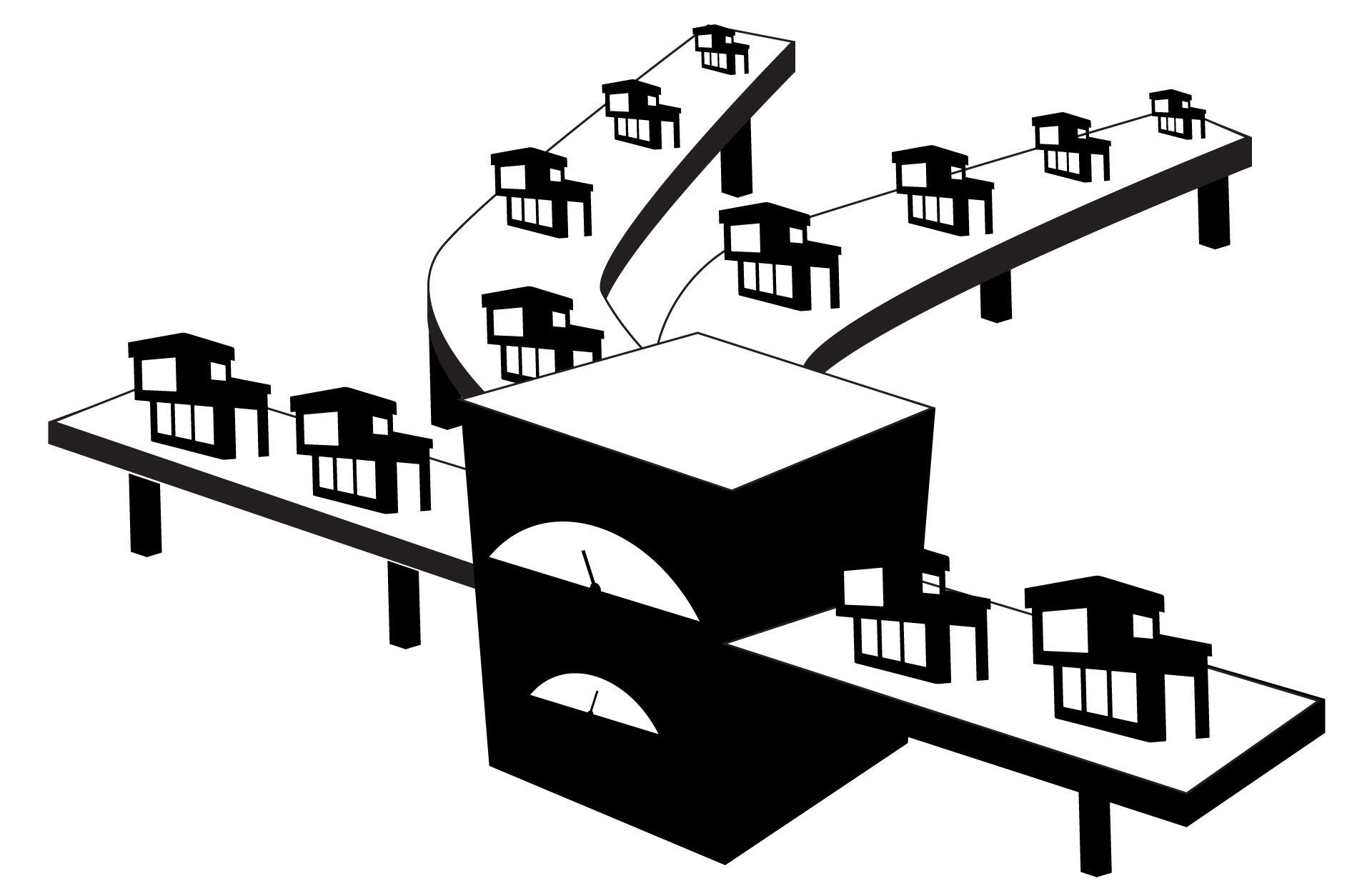 Edwin Gardner, researcher, Amsterdam How do you imagine that amateurism could fuel the city in the future? What is needed to facilitate and support the amateur inside all of us? What would such a place feel like? I would like you to answer with a dream; to suspend disbelief and translate what you have learned into a vision of a world we could choose and fight for.

Our time has suspended belief in utopias, accepting that there are no possible alternatives, which makes the urgency to redefine our visions even greater. People have been fighting to realise utopias and persistently failed, so we think that accepting utopia as unachievable doesn’t mean we should stop looking for different, better, fairer ways to coexist. On the contrary, this is not an all-or-nothing game, but a constant negotiation of the values that drive us. An amateur city would be a city with a more pluralistic understanding of values that would underpin a system of coexistence. We see several debates emerging in this direction, like peer-to‑peer, the commons or the discussion about basic income, that radically redefine the value of products, of work and of ownership. We are looking forward to seeing how they are going to evolve.

Tobias Revell, designer and researcher, London What kind of strategies do Amateur Cities adopt to counter the dominant narratives of the future of our cities? How do you know if they’re working?

The dominant narratives on the future of cities seem generic, overflowing with technology and miraculously devoid of any acute problems that currently exist in cities and we are expected to stay silently in awe of new renderings of buildings and announcements of gadgets that will revolutionise our existence. The goal of Amateur Cities is to articulate alternatives and amplify the existing voices that imagine alternative futures. We do this by providing insight into matters of concern and communicating through different means: the website, public presentations, events and so on. Words are important and perhaps, in a visually dominated world, actually crucial in making arguments comprehensible. This is the core value of dialogue. Accepting J.P. Austin’s position that words can be verbal actions, expressing an intention is the first step in realising a possibility. Whether they will be successful or not is very difficult to say, but it is also somewhat irrelevant, because amateurism is linked to experimentation. It entails a possibility of failure but that does not make the experiment unnecessary. 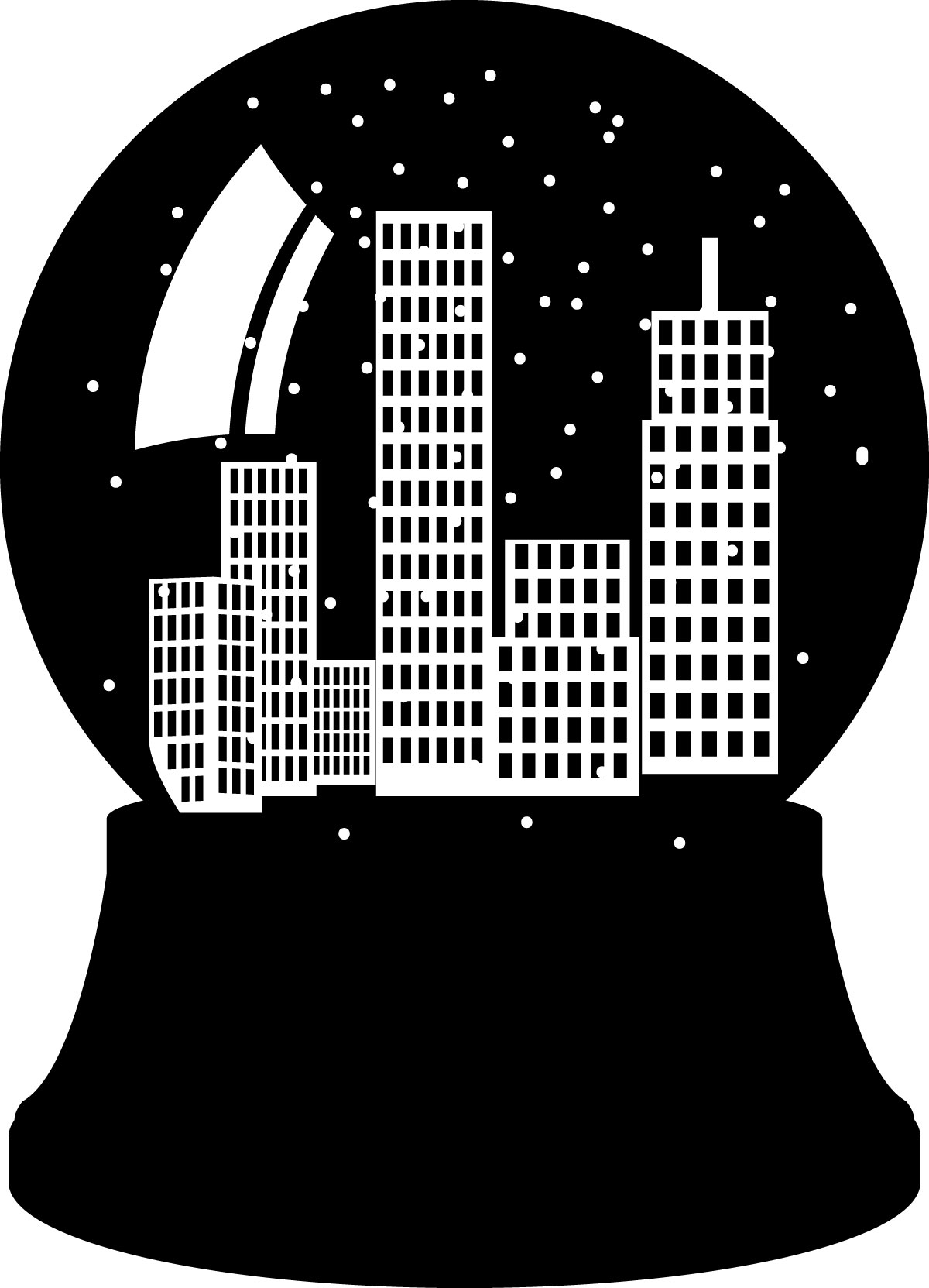 There is a big overlap between the amateurism and neo‑communitarian concepts like peer to peer, open source, and the commons, as well as with non-hierarchical or informal institutions. However we also look critically at the DIY and maker movements, as well as other citizen initiatives and visions of the participatory society, in that they appear to be a response to the withdrawing state instead of an honest urge of people to become more embedded in their local communities. We also fear that a complete focus on the local, decentralised and informal bears the danger of tribalism and bubbles of exclusivity. We should strive for a healthy distribution and fairness across various scales of government.

Can you relate the concept of the amateur to alternative management philosophies – such as sociocracy – in which every person may get a chance to be a leader, or might rotate in areas that they are not specialists in? Could you imagine a city governed in this way?

Badiou1 wrote that “Real politics is to engage to resolve problems within a collective with enthusiasm. It’s not simply to delegate problems to the professionals. Love is like politics in that it’s not a professional affair. There are no professionals in love, and none in real politics.” We often refer to this quote because it reminds us that governing a city is deeply political. It implies a vision of what the society could and should be. It is not a technical matter with a single solution. In that sense, everybody should be entitled to shape this vision and their coexistence with others. There are already experiments taking place in local communities and even some elements of sociocracy that are present within the existing dominant system. What we miss and would be really curious about, is to explore, in practice, alternative management philosophies on a larger scale.

Brendan Cormier, curator, London Are consultant cities the antithesis of amateur cities? If not, what is?

If we would have to summarise the multiple opposites to amateur cities, it would be the cities where no one cares. Even worse, cities like Terry Gilliam’s dystopian Brazil, where administration becomes the ruling class. Consultant cities are, in a way, part of that scope and so are cities obsessed with efficiency; managerial cities, bureaucratic, consumerist, technocratic cities and all those cities where most people don’t seem to fit in any more. 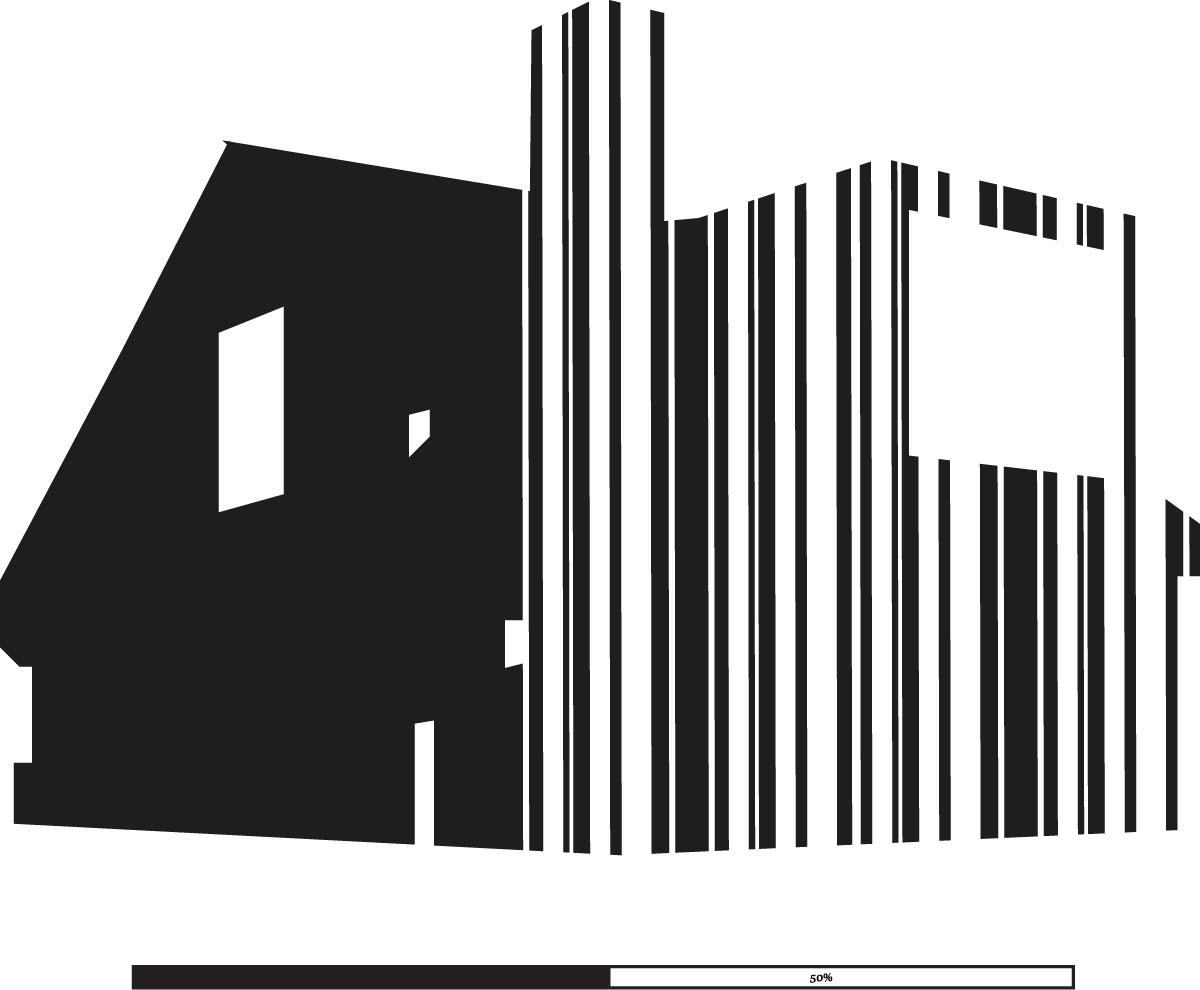 &beyond, publishing collective, Berlin, London, Porto What new function do you think “publishing as a platform” – as seen in the “collective intelligence” you pool in the Amateur Cities model (and also that of the Future Architecture platform) – is able to play in architectural discourse and communication? How do you think it can stimulate fresh approaches to architecture and urban planning?

Architecture, like many other professions, tends to be very hermetic. Architects are knowledgeable about what is going on in their field, which is difficult to access as an outsider. But contrary to other professions, their occupation is one that is intrinsically linked to the lives of millions of people and they are in a position to demand change. Amateur Cities, and we trust also other publishing platforms, operate in bridging the gap between architects and society, showing architects that their knowledge matters much more outside of their own circle and familiarising the broader public with the idea that the discussion about space is a really broad and significant one. The role we would like to play is one of bringing back the critical discussion to the core of the architectural discourse and counterbalancing the empty visual image feed. ■