The potential of ruins or the ruin of potential?

Keeping an old structure seemingly abandoned, whilst at the same time occupying it with new functions, captures and expands the aesthetic sensation into the realm of uncanny.

Miloš Kosec is an architect, editor and publicist living and working in Ljubljana, Slovenia. His Master’s thesis Ruin as an Architectural Object was awarded with Plečnik and Prešeren awards and published as a book in 2013. He is a member of the editorial boards of Praznine Magazine (Ljubljana) and Outsider Magazine (Ljubljana – Vienna).

Miloš Kosec examines the role of the speculative future embedded within the “ruin” and post-industrial gentrification as an area where the architect becomes a “necromancer conjuring uncertainty” and then argues for a powerful, non-interventionist, architectural riposte to capitalist exploitation of the potential of the object. It is, he says, the only future worth fighting for. 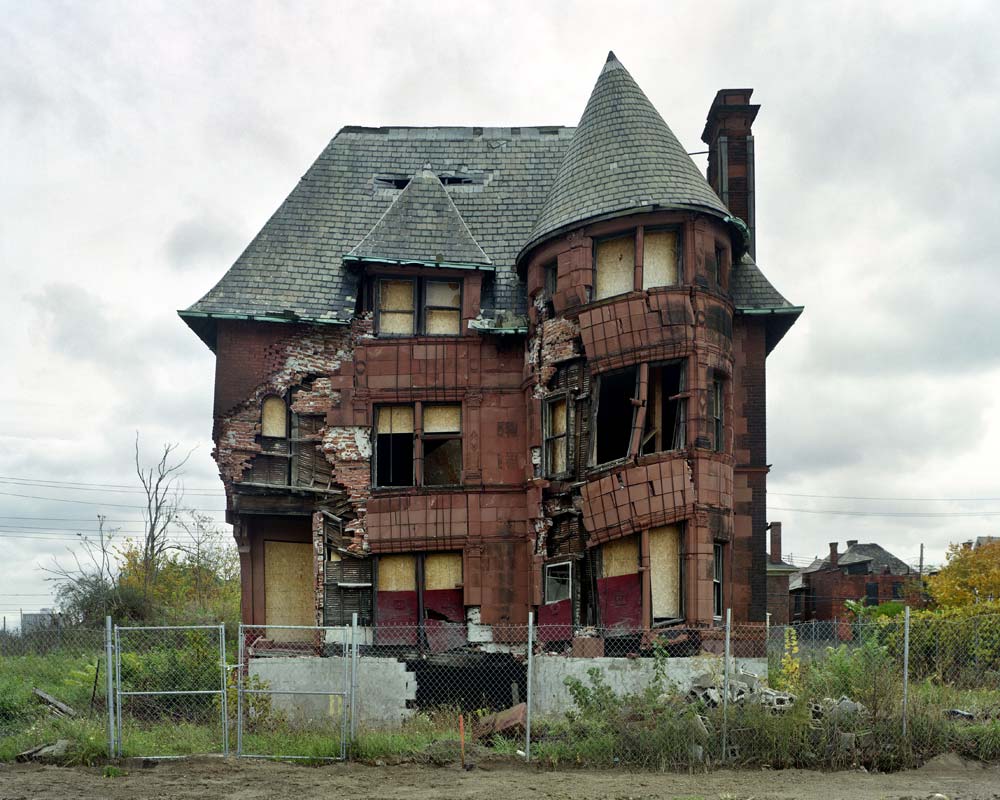 In 1792, in the midst of the French Revolutionary Wars, the German city of Frankfurt was bombarded. When five years later Johann Wolfgang von Goethe visited it, the city was still recovering from the attack. Goethe wrote to his friend Schiller about what he saw when he had a look at what was once his family’s home:

“My grandfather’s house, its courtyard and its gardens had been transformed from the parochial-patrician home of an old Frankfurt elder into the most useful trading and market place by wisely enterprising people.
Curious coincidence during the bombardment conspired to see the structure perish, but even today, reduced, for the most part, to a pile of rubble, it is still worth twice as much as the current owners paid my family for it 11 years ago. Conceivably, the whole thing may, in the future, be bought and restored by yet another entrepreneur and you can easily see that it would, in more than one sense, stand as a symbol of thousands of other instances, in this industrious city and in particular in my own eyes.” 1

Not only did the destruction not cause an irretrievable catastrophe, in a span of few years it had even doubled the value of the property. But what Goethe also remarks is that the pile of rubble stands in for “thousands of other instances” – some of which may in the near future even triple or quadruple the value. Such speculative thinking would be completely foreign to a feudal mind, set in a static and unchanging world where change almost automatically meant destabilisation and disruption. But the French Revolutionary Wars not only spread modern political liberties all over Europe, they also initiated the first steps towards unifying the markets and prepared the ground for the Industrial Revolution across the continent, which in turn gave rise to early capitalism. Capitalism’s main agent, the entrepreneur, acts in the present but directs his or her thoughts and actions in terms of speculative futures. A pile of rubble, for example, has no use-value in its present condition, a rise in value can only be explained in terms of what it could become in the future.

Out of all the objects that an entrepreneur encounters, contemplates and develops, the ruins are the most telling ones. They encompass extremes; in ruins a minimum present worth meets a maximum potential future worth. A ruin is an object with a surplus of history (both in the physical sense as remains of the past and in a sense that past events caused its destruction) and a surplus of future, at least from an entrepreneur’s point of view. At the same time, a ruin completely lacks the component of the present which turns it into an ultimately devalued object. A ruin as a worthless object with potentially immense worth in the future is the ultimate speculative object.

“A ruin as a worthless object with potentially immense worth in the future is the ultimate speculative object.” 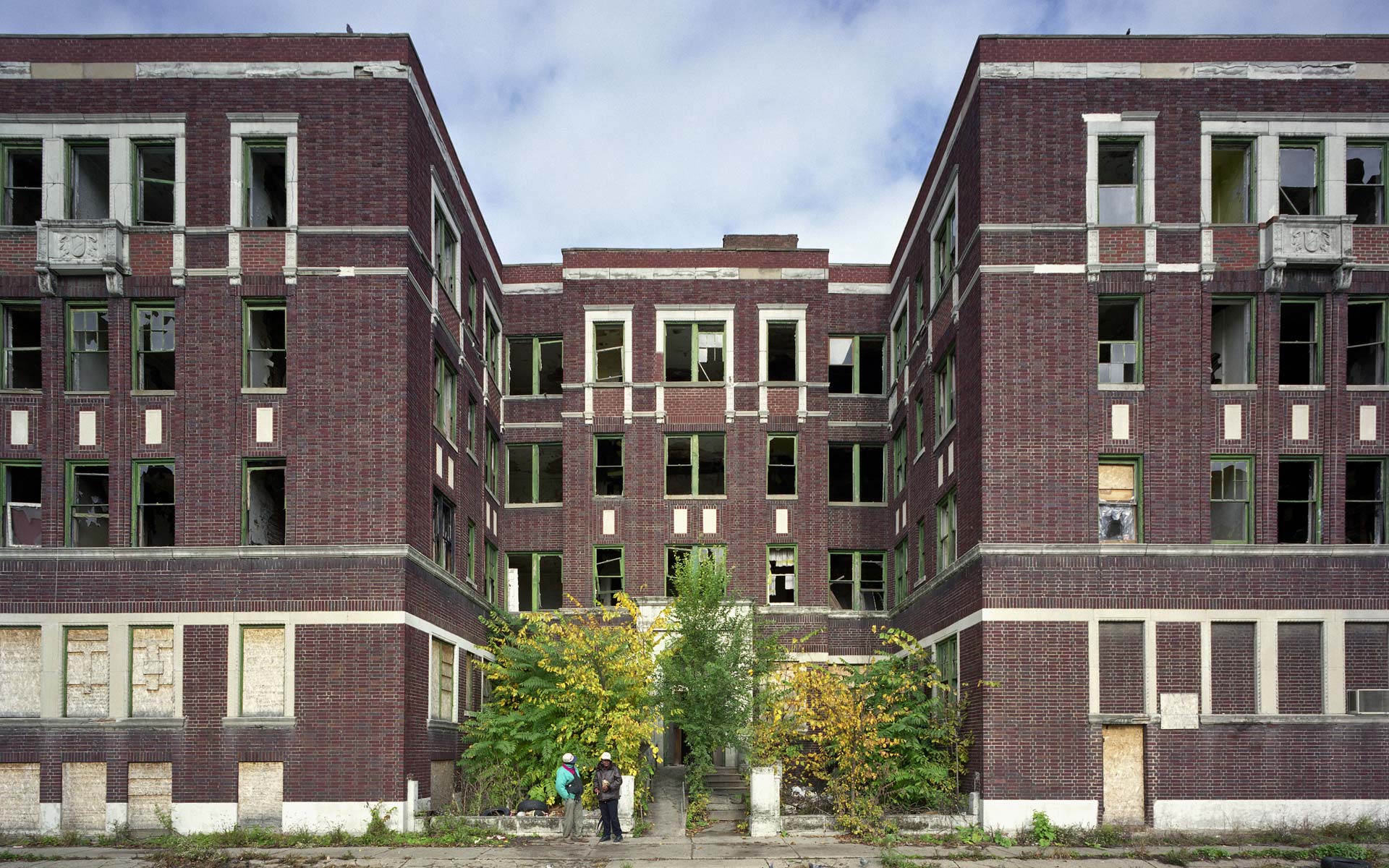 The ruins of Detroit. © Yves Marchand and Romain Meffre

A great business opportunity and a catastrophic scenario at the same time: destruction and potential become inseparably intertangled. In Andrei Tarkovsky’s celebrated film Stalker (1979) we get a feel of what an immense potential actually looks like: a scene of total post‑apocalyptic destruction named “The Zone” that turns out to be deadly for almost anyone entering it. In the middle of it, however, there is supposed to be a place that enables you to fulfil your innermost desires if you manage to reach it alive; a fitting allegory for an entrepreneurial dream joining maximum risk and profit.

It is here, in the unbearable closeness of destruction and speculative opportunity, where we must search for reasons for the contemporary appeal of the ruin. Terms such as ruin-lust and ruin-porn have been invented to designate the immense number of internet galleries, photographic exhibitions and urban exploration of decaying places that have in the last decades become so all-present. They are the natural result of coming to terms with deindustrialisation and globalisation processes. A canon of worldwide places of “beautiful destruction” has arisen, reminding one of the eighteenth century Grand Tour itinerary. In this canon the ruins of Detroit hold the place of honour as a sort of contemporary Rome as well as being the ultimate post-industrial “zone”. But the fascination with ruination doesn’t stop with contemplation, it has affected renovations and even new constructions as well. 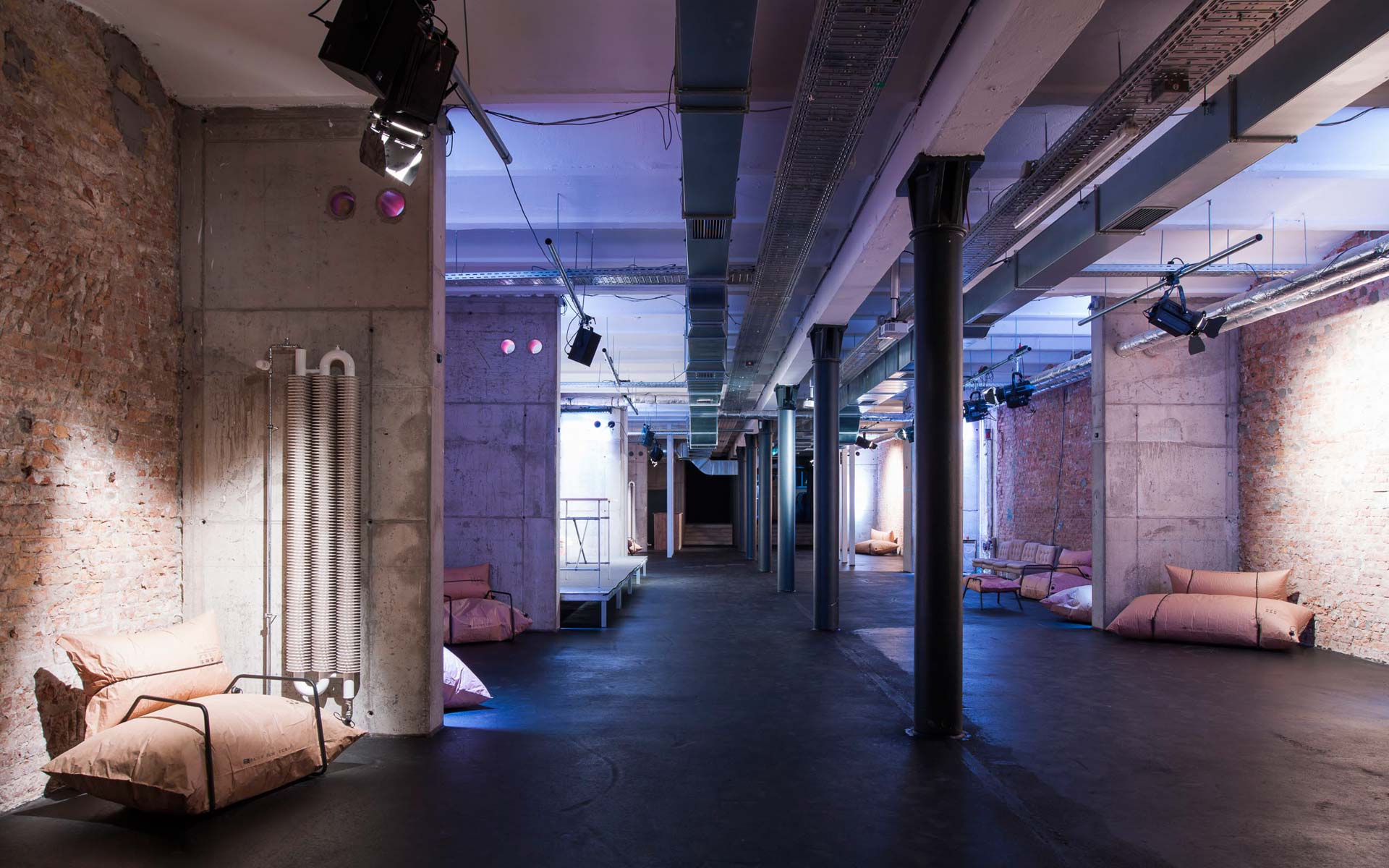 This is how the architectural profession has acknowledged and utilised the speculative appeal of destruction and decay. Gentrification projects mostly happen in former industrial areas for a reason. A broken window here, a rusty crane there, an empty industrial hall with railroad tracks in the middle – decay sells well. For these buildings with carefully preserved or even reconstructed traces of abandonment are at the same time some of the most expensive real-estate, occupied by multinational companies, “shabby chic” coffee houses and luxury industrial lofts. Keeping an old structure seemingly abandoned, whilst at the same time occupying it with new functions, captures and expands the aesthetic sensation into the realm of uncanny. An architect in this context has become a necromancer, conjuring uncertainty: “whether an apparently animate being is really alive; or conversely, whether a lifeless object might not be in fact animate”.2 Switch the term “being” with “object” and you get the explanation of the fascination with post-industrial gentrification in a nutshell. 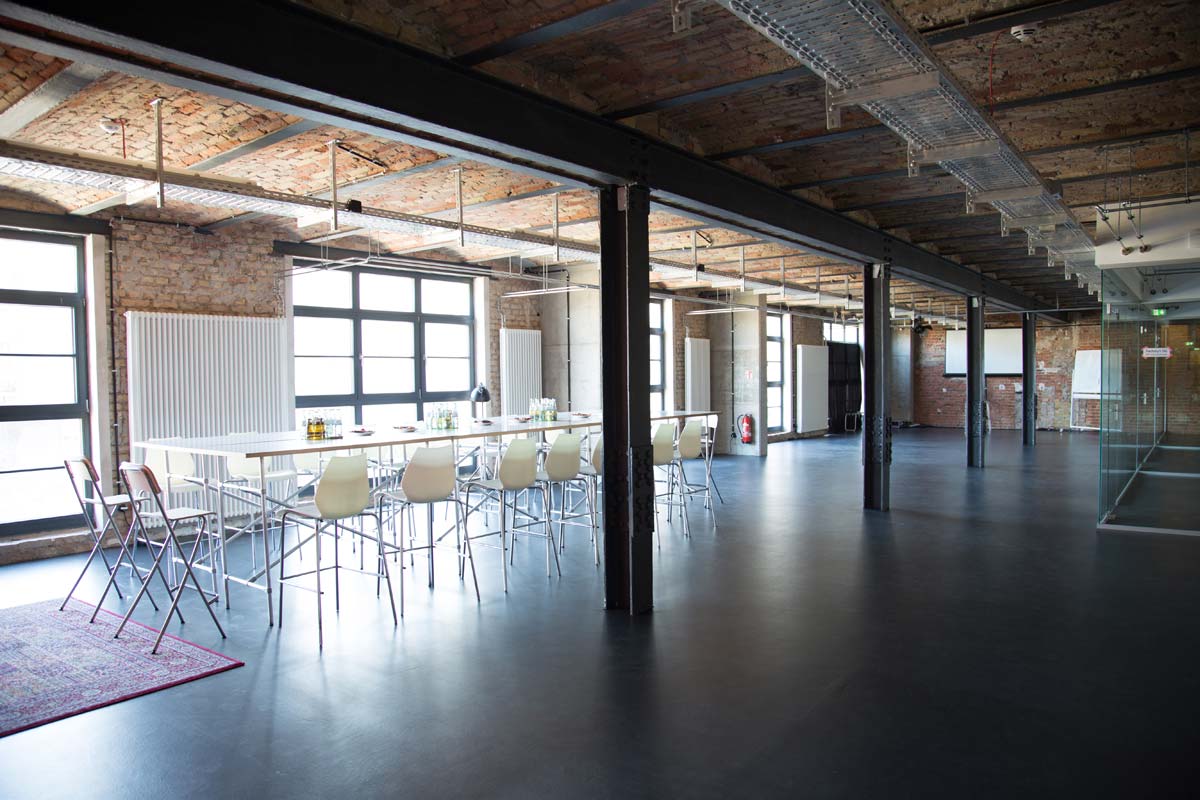 But the ruin is an ultimately ambiguous object; its allegiance tends to shift when one is not looking. Its meaning turns out to be impossible to control in the long run. The rubble that to an entrepreneur signifies future opportunities can easily be regarded as a social or environmental disaster to others. Perhaps it is possible then to turn the dilemma of the ruin on its head; maybe the ruin, apart from being the ultimate speculative opportunity, also carries in it a seed of the critique against nihilistic speculative necromancy of decay. Articulation of such a critique means turning the object (ruin) – with its surplus of history and speculative future but lack of the present – into an object (ruin) filled with present value. It becomes the task of discarding the speculative element of the ruin – which basically means eliminating its potential. Only a building with a zero speculative future can be inhabited in the present, such as it is. Since architects are usually regarded as developers of potential rather than its eliminators, this means we’re talking about a structural hindrance of the whole profession.

In 1996 the architects Anne Lacaton and Jean-Philippe Vassal received a commission for the reconstruction of the Léon Aucoc Square, situated in a working-class district of Bordeaux in France. The commission was one of a series of works intended as embellishments of public areas to mark the start of the new mayor’s term of office. The square was an unassuming triangular space, an unbuilt area left between worker’s terraced housing. A few old trees grew on its boundaries with cars parked beneath them. A few park benches were its only equipment. Nothing about the square’s design or equipment revealed any architectural or artistic ambition. After a number of visits to the location, the question of what to do with the space slowly began to answer itself. The existing square seemed to fulfil the needs of the local community perfectly; it was a place of socialising for the elderly, a playground for children and a well-functioning common space. The architects couldn’t see what would be gained by an architectural intervention or embellishment of the existing place, so they decided on a controversial project consisting solely of maintenance instructions for the trees, the paving and the benches. In other words, Lacaton & Vassal’s only architectural intervention here consisted of recognising the existing as something not needing any improvements.

The square remained exactly as it was – but was nevertheless profoundly changed by the architects’ act. It was transformed from a space with a supposedly infinite number of future possibilities and potentials into a place that consciously gives up these potentials. This enabled the inhabitation of the place in the present. Lacaton & Vassal’s architectural statement of “I would prefer not to” became an almost violent gesture, but this violence was not directed towards the residents of the square, it formulated instead a radical act aimed against both conventional architectural practice and the conventional speculative gaze of the developer. 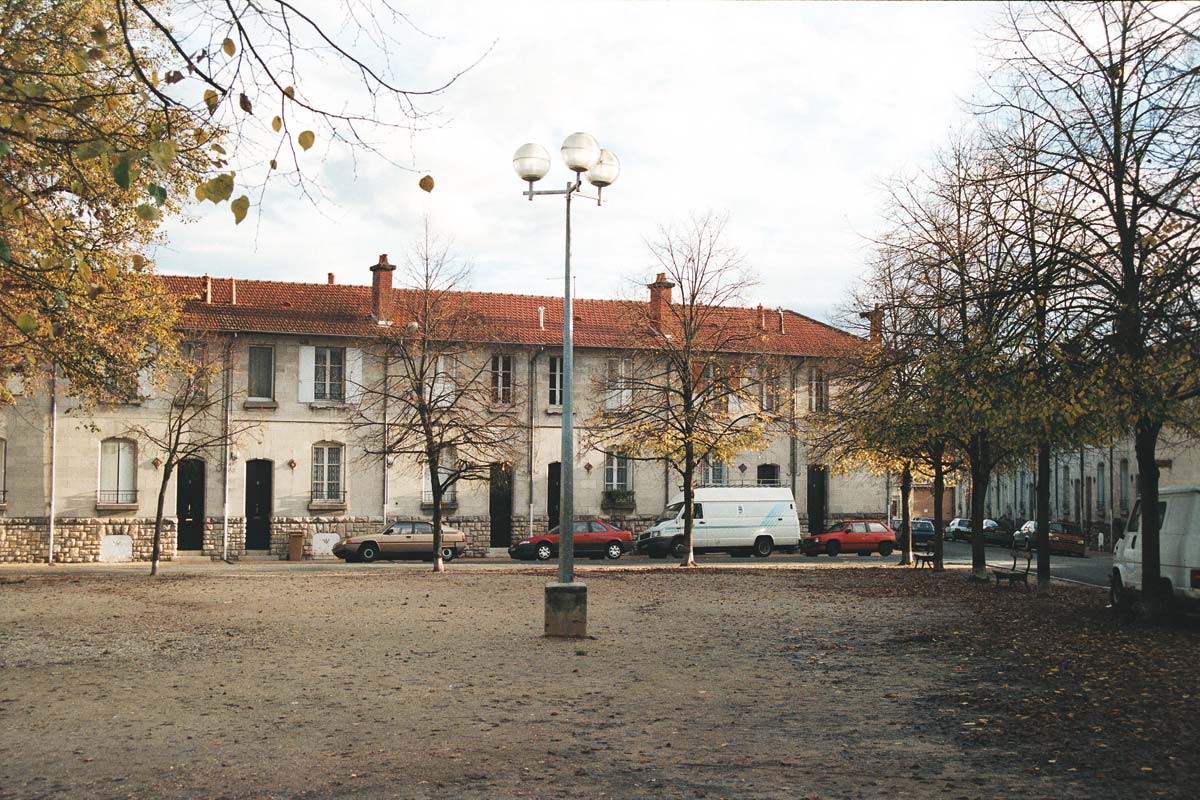 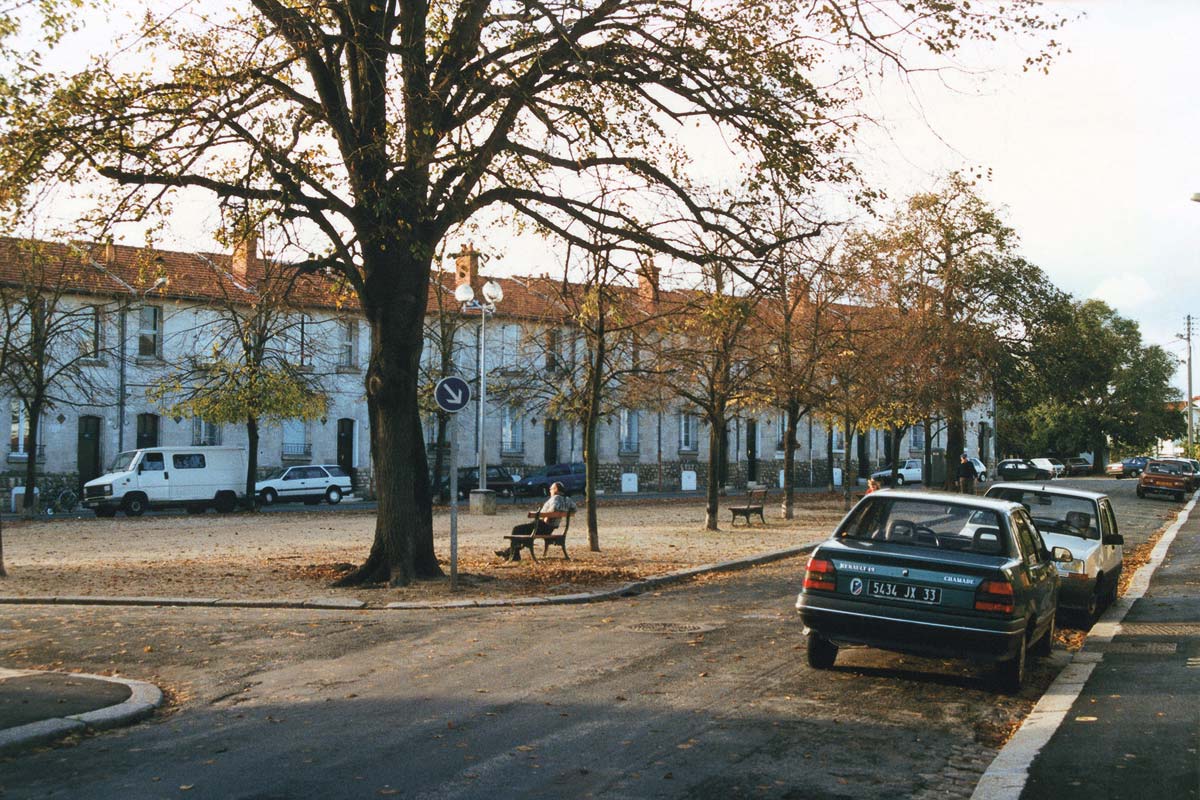 This statement, “I would prefer not to”, could be compared to the famous phrase of the main character in Herman Melville’s short story Bartleby, The Scrivener. Bartleby’s enigmatic refusal to participate in the established dynamics of a law office in Wall Street is reflected in Lacaton & Vassal’s refusal to create another architectural speculation for the future. The reaffirmation of the existing, when it is expected to be replaced by an (architectural or any other) intervention, may formally seem a passive act but becomes the only consistent revolt against self-consuming reinventions. As Slavoj Žižek puts it: “The ‘Bartleby act’ is violent precisely insofar as it entails refusing this obsessive activity – in it, not only do violence and non-violence overlap [non-violence appears as the highest violence], so too do action and inactivity (here the most radical act is to do nothing)”.

What we need are new Ruincarnations ways in which to persist in inhabiting a ruin (or any kind of place outside of conventional social and economic relations) as a space-as-it-is and not as a space-as-it-could-become. The reincarnation of a ruin is the antithesis of architectural necromancy – it is a technique for giving new life to buildings instead of conjuring them into the realm of the architectural undead. This is more than just a critique of nihilism and the fetishisation of decay in architecture, the decision not to choose from a future of seemingly infinite possibilities allows us the opportunity to inhabit the world just as it is. Such a world is already inhabited in places outside of the mainstream of progress and production, where the market economy leaves its mark by creating and sustaining the necessary stock of cheap labour and below average standards of living. Such a world manifests itself daily in disused buildings and the traces of abandoned processes. This is the waste generated by a global socio-economic system. The surplus is structurally indispensable to the market dynamic of growth and development, it is its shadow companion. We need to develop new techniques for inhabiting architectural waste – ruins – and thereby eliminate the concept of “waste” itself. This is the only future of ruins that is worth fighting for – a future for the present. ■