Pathologising the body and the city

Blanca Pujals is an architect, artist and writer whose work examines the material conditions of representation through a wider approach to the idea of architecture as a human and nonhuman condition. She has a BA in architecture from the Barcelona School of Architecture and an MA in Critical Theory and Museum Studies at the Independent Studies Programme of macba Museum tutored by the philosopher Paul B. Preciado, and at the Centre for Research Architecture at Goldsmiths University London.

This research looks at the relationship between the architectural anthropometric archetypes embedded into the process of design and the anthropo-biometric criminologists of the eighteenth century. The project critically examines their approaches to measure, normalise, standardise and segregate bodies and behaviours. These massive data collection statistics transcribe a speculative cartography of our environment through architecture. Seen from this perspective, architecture becomes a speculative technology for ergonomic urban models for the typological archetype. Furthermore, it produces and reproduces invisible and visible borders on bodies, cities and territories.*

The regulation of social deviancy and the new science of social statistics created during the European Enlightenment intertwine with architectural discourse through the medicalisation of architecture and the built environment, and through structures and systems of risk management. From bio-anthropometrics to ergonomics and from diagrams to borders, bodies and the modern city become systematised for optimal reproductions of hegemonic narratives. These constructions remain inscribed on our bodies and the contemporary city, and they are continuously rewritten. They establish an artificial threshold, defining a new framework of exclusion. Therefore they produce new subjectivities, as well as new processes of body territorialisation.

The project of modernisation is obsessed with organising meaning: orders are systematically remade. In each new order, several elements are made redundant and obsolete. Consequently, some bodies are simply out of place. With the modern humanist project, bodies, organisms and environment become taxonomised and dispersed into numbers and categories, functionalities and pathologies. 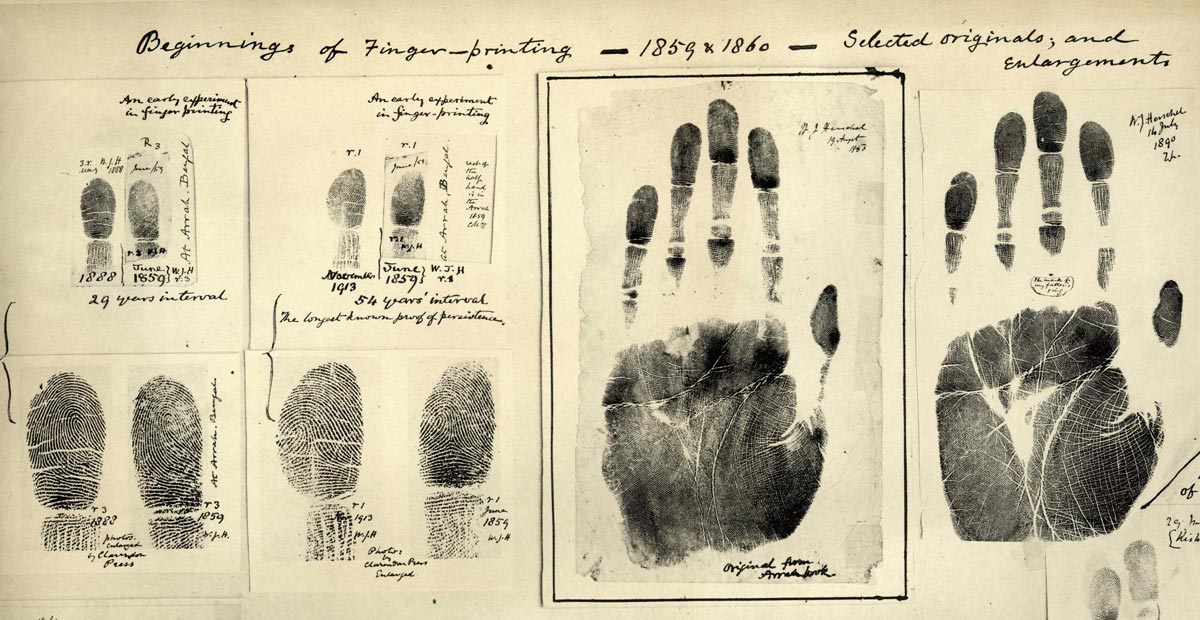 Adolphe Quetelet, a Belgian statistician, astronomer, mathematician and sociologist, created the science of social statistics and anthropometrics, based on constant observation, analysis and a massive generation of data. Quetelet was inspired by the symmetrical Gaussian bell curve (or the normal distribution curve) used in probability theory to frame his Homme Moyen (the average man), the normalised body and behavioural archetype.

Since the Enlightenment period in Europe, the word “city” has been inscribed with a description of the appropriate body to inhabit it: the behaviour of this body must be hygienic, respectful and standardised. A theory of degeneration emerged in relation to the rising urban population and the subsequent overcrowding of cities. The city became a sick body that needed to be healed by the processes of bleeding (sewers) or surgery (such as Haussmann’s plan of Paris, or the Pla Cerdà in Barcelona). At the same time, the body was regarded as corrupt and needed to be moralised, segregated and corrected. 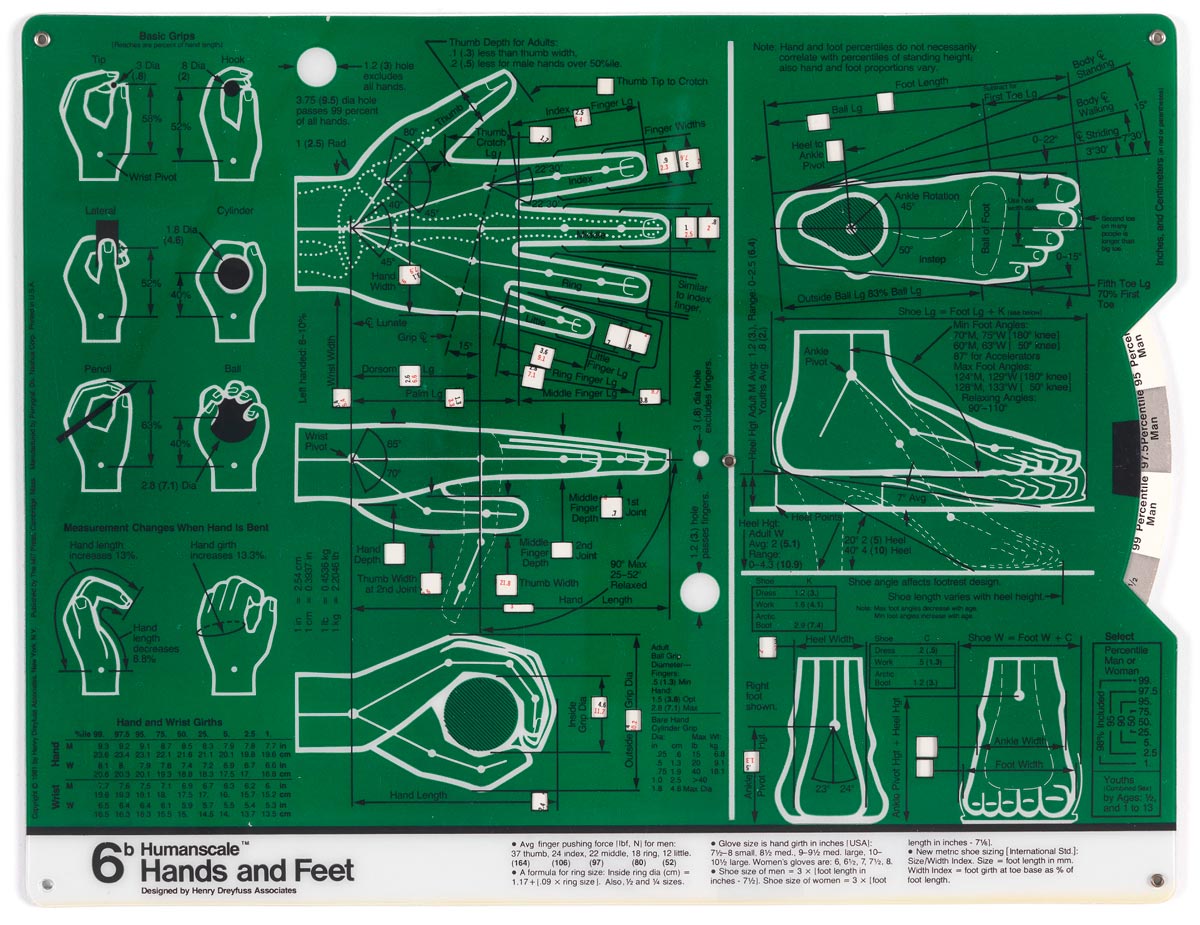 Anthropometrics and the science of social statistics are born from the will to detect patterns and identify the criminal, racial and pathological body. Architects work with these archetypes when designing the buildings and the urban environment. Treatises such as Ernst Neufert’s Architects’ Data (1936) or Charles George Ramsey’s Architectural Graphic Standards (1932) use the anthropometric methods to standardise the process of architectural design. The design of the statistical body merges with urban planning. The normalised body becomes an architecture constructed by immutable or unaltered transcendent structures. 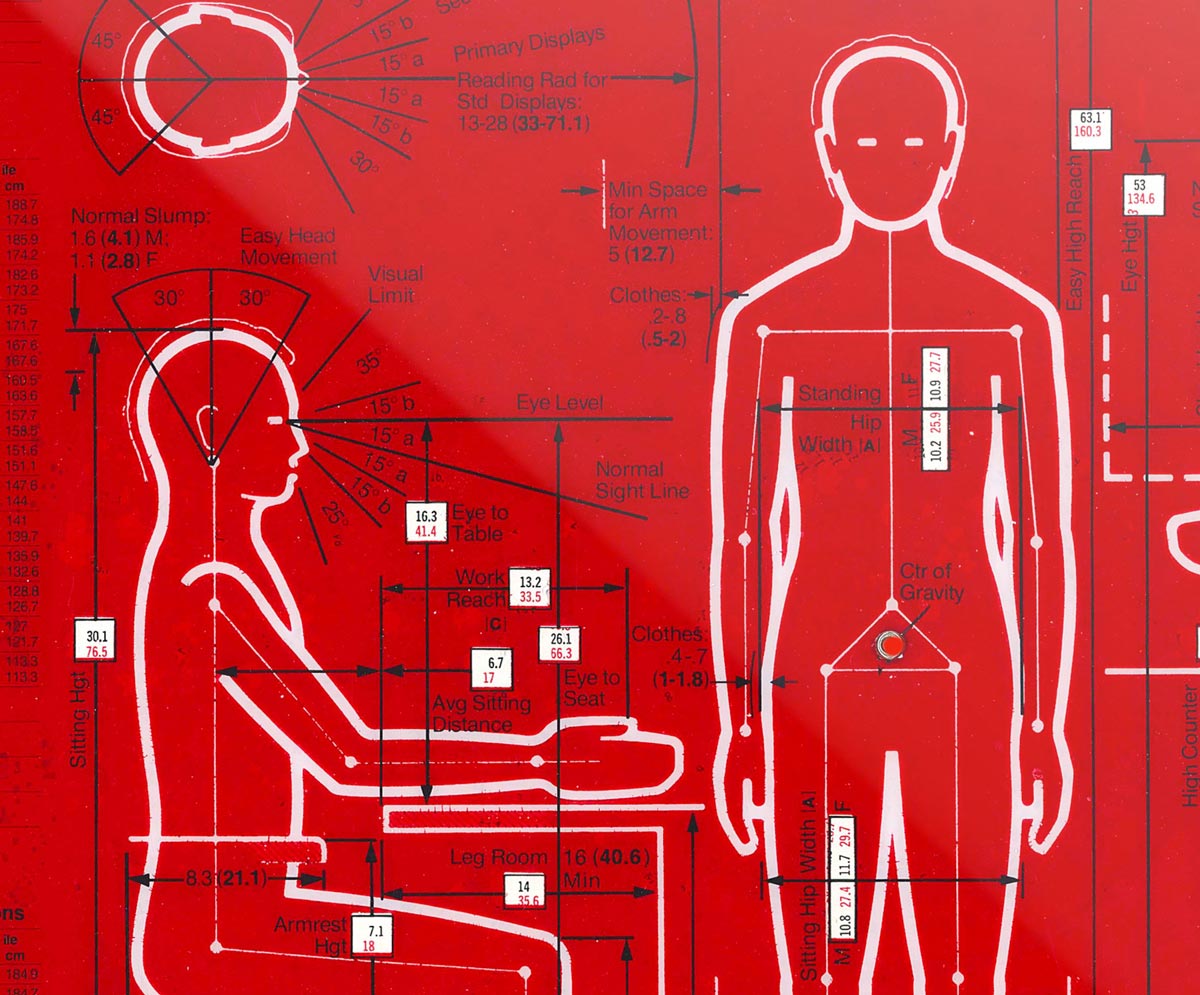 The city is planned as an extension of the normalised human body. Our environment is designed in a perfect ergonomic relationship to our archetype. However, the normalisation of the average body implementing social statistics and mathematics does not constitute the design of the normal but, rather, of the abject body.

The social sciences based on statistics are still operative in our contemporary society. They permeated into the form of the cities, the big data market, speculated futures and also into our social relationships. In this process of splitting up behaviours and bodies into data, they are incorporated as nodes in the circuit of production and consumption. Moreover, these forms of abstraction have generated a speculative knowledge of the future where the old fatalism of pre-modern societies, which subjugates actions to destiny, is supplanted by modern cause-effect determinism.

This allows the implanting of future fictions into the present, supported by statistical confirmation. In our everyday life, we could interchangeably mix vocabularies concerning medical, military and systemic defence, for their direct association with categories already constructed on fear. Then, words such as epidemic, contagion, virus, defences, toxic, prevention, eradication, protection, crisis, immunity, etc. would cause similar reactions in us, with the ultimate consequence of producing an effect despite the lack of a cause.

These procedures become tools for the construction of future fictions of fear and desire through abstractions acting as a form of demand for privatisation, protection and segregation. Through prophylaxis, borderlines are drawn around the body and the city to prevent human disease and contamination. The contact limits are defined to inhibit the spread of contagion. These barriers stigmatise a territory that becomes an untouchable area, mutilating exchanges.

Despite this, the attempt to colonise the future from the present leads to architectures of abstraction, spectral fears or virtual images. And the paradox of fear production is brought on by its very prevention; in the same way as the production of desire is made through designed stereotypes. Architecture becomes then a speculative technology for desirable futures construction and ergonomic urban models for the typological archetype. Furthermore, it produces and reproduces invisible and visible borders on bodies, cities and territories. Space is not harmless, it is instead politicised in all directions and architecture is a fundamental part of the composition of historical narratives. As Donna Haraway writes, “it matters which stories tell stories, which concepts think concepts. Mathematically, visually, and narratively, it matters which figures figure figures, which systems systematise systems”. ■

* Adapted from an essay first published in The Funambulist issue #07 “Health Struggles”, 2016