Bora Baboci (Albania, 1988) lives between Tirana and Berlin. She studied architectural design and criticism at the University of Toronto, Universidad Torcuato di Tella in Buenos Aires and holds a master’s degree from the Universitat Politecnica de Catalunya. From 2015 she worked as researcher at the Technische Universität Berlin, focusing on experimental housing and public typologies in the context of global migration. Since 2017 she has been working towards a more independent and experimental practice.

The Idles series of images is inspired by fundamental constructive elements; walls, gates, borders, columns, erosion, thresholds, surfaces. However, given their incomplete nature, they remain spatial proposals that don’t yet represent anything in particular. Apocalyptic and abstract, the images respond to the shockwaves that global migration and virtual realities are giving to spatial disciplines. They try to expose the ambiguous place that typology holds in our shifting spatial language and the questions this has raised about our capacity to spatially belong.

During migration time at Tempelhof I observed flocks of birds on their resting grounds just in front of the refugee camp. Here the tragedy of war and the annual migration for seasonal survival are both embodied in the displacement of two species in a shared landscape that was, curiously enough, a former airport field. The observation triggered further reflection on the physical and psychological experience of displacement as well as the spaces where people rest between two journeys. It then became a video piece called Prayer Between Journeys. It also triggered the necessity to read this landscape as a place of waiting and protection, a sanctuary rather than the field of an abandoned airport, an extensive space for the imagination to project multiple and overlapping landscapes.

Another research project, on the mosques built within the Berlin city block system, suggests that the way the faithful use the interior of the blocks to access the temple is similar to the procession they would usually follow within the spatial arrangement of a typological mosque. The interior of the Berlin block becomes the temenos, the ground surrounding or adjacent to a religious temple, and the faithful adapt their behaviours relative to their spatial remembrance. The sensation is still produced though the typology of the building that is not present. 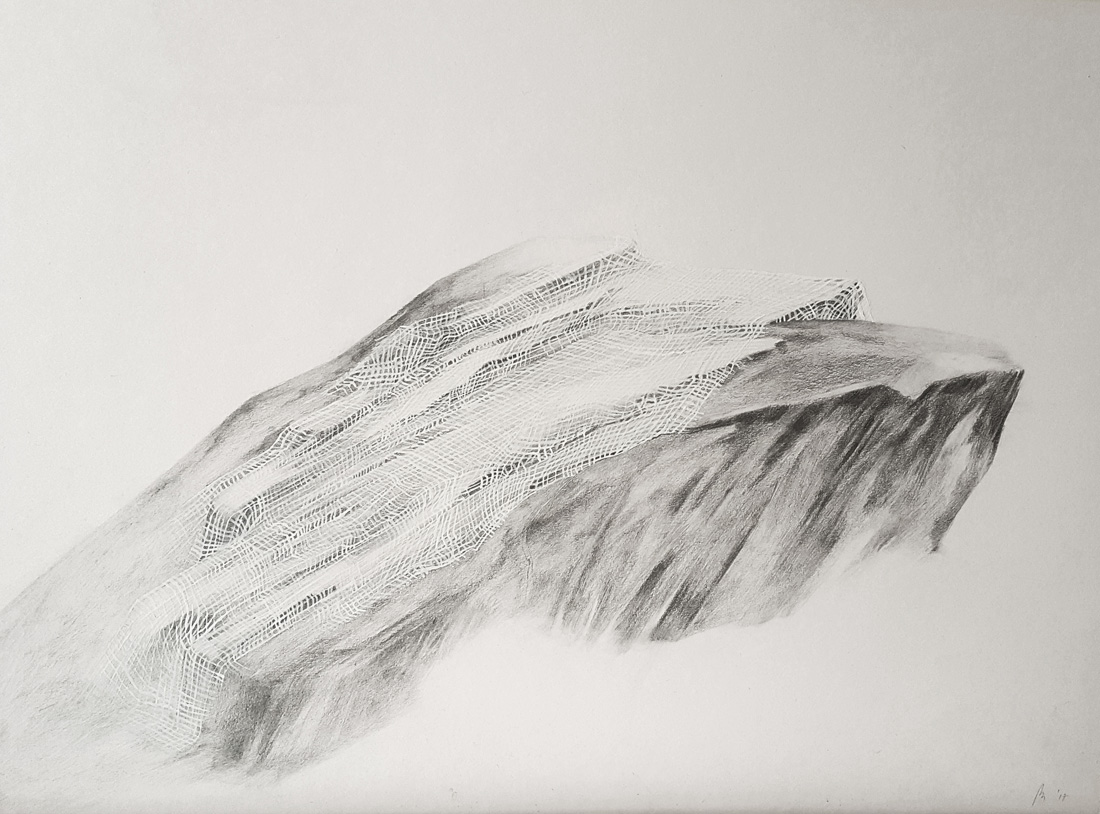 As the site par excellence of the human being, the body stores empathy, imagination, spatial behaviour and intuition. It holds a gestural inheritance that can be projected onto a given space and appropriated with subjective narratives, which, when shared, allow for a collective space to emerge. Space has this quality; it triggers an intuitive response that doesn’t necessarily need to be mediated by discourse. Thus a former airport field can be perceived as a sanctuary, the interior of a Berlin block can be walked through as a temenos and the abandoned foundations of a construction site can be perceived as a temple.

In the actual condition of wanderers, such as refugees, tourists and, the perpetually non-settling urban youth, this capacity to appropriate may be essential in coping with displacement. However, without the appropriate conditions, doing away with the site may result in a psychologically painful experience. With this in mind, Idles looks beyond the gaze of the beholder towards overlaps where the co-existence of unrelated systems of meaning and spatial associations thrive. In doing so, it hopes to recognise the spatial conditions that facilitate these overlaps, as one way of coping with some of the anxiety produced by ongoing displacement. ■